It is difficult to imagine a world without plastic.

The cheap, lightweight and durable nature of the material has enabled a boom in its use in virtually all sectors. Plastic has become a symbol of modern convenience.

However, most everyday plastic products are designed to be ‘use and throw’ – think straws, cutlery, wrappers, shopping bags etc. Many of these items, based on the type of plastic, cannot be recycled and instead end up in landfills and dumping sites close to oceans.

According to data from the United Nations (UN), the world produces about 300 million tonnes of plastic waste annually.

Only 9 per cent of all plastic waste ever produced has been recycled. About 12 per cent has been incinerated, while the rest – 79 per cent –  has accumulated in landfills, dumps or the natural environment. This is where the properties that make plastic so attractive – durability and resistance to degradation – becomes its ultimate deterrent. It never goes away, instead disintegrating into tiny particles less than five millimeters called microplastics, accumulating in the environment. The UN estimates that if current trends continue, our oceans could contain more plastic than fish by 2050.

Recent years have seen governments across the globe introduce regulatory measures to shift away from single-use plastics. According to a report by the World Economic Forum, more than 170 nations have pledged to "significantly reduce" use of plastics by 2030. The European Union banned selected single-use plastic products from March 2019, while also setting recycling targets for member nations.

The UK introduced a tax on plastic bags in 2015 and in 2018, banned the sale of products containing microbeads, such as shower gels and face scrub. A ban on supplying plastic straws, stirrers and cotton buds recently came into force in the UK.

New Zealand banned plastics in July 2019, threatening businesses with fines of up to NZD100,000 in case of non-compliance.

Even China, the number one producer of plastic waste, has pledge to ban the production and sale of non-degradable bags by 2022.

Countries join hands to get rid of single-use plastics

Closer to home, Egypt introduced a single-use plastic ban in its Red Sea province in 2019. It applies to restaurants, supermarkets, grocery shops, pharmacies and cruise and leisure ships that dock off the shores of the province.

In March 2020, Abu Dhabi announced its plans to gradually phase out disposable plastics, banning them completely by 2022. This includes plastic bags, plastic cutlery, plates and straws. Meanwhile, Dubai Airports have banned all single-use plastics inside its terminals.

The UAE government’s support of such initiatives is highlighted through programmes such as Expo 2020’s Expo Live, which provides funds to organisations tackling global challenges.

PlasticFri is honing a proprietary technology that converts agricultural waste and non-edible plants into environmentally-friendly products in a bid to reduce current dependency on oil-based plastic products.

“Our starting point is to look at areas where we can make an immediate impact,” says co-founder Max Mohammadi (pictured), who started the company alongside his brother Allen Mohammadi. “We look at everyday products which are usually available only in conventional plastic, and try to replace these with our environmentally-friendly alternative.” PlasticFri currently has three products in its portfolio – bags, pallet wrapping film and drinking cups. Their version of cups replaces the usual inner plastic coating with a bio-material, using a unique coating technology. These cups, consisting of 2 per cent bioplastic and 98 per cent fibre, can be recycled up to seven times, giving a whole new meaning to the word ‘circular’.

“With normal plastics, the raw material is petroleum,” explains Mohammadi. “It is energy intensive, negatively impacts the environment, and is limited in nature. We use different recipes of agriculture waste depending on the application, obtaining materials from farmers who would otherwise have to pay to get rid of the same waste.”

Mohammadi notes that the beauty of PlasticFri’s technology is that it is highly scalable, as existing plastic-manufacturing machines can be used to generate the bio-plastic. The company can also use any type of bio-waste to generate its plastic. “You can find machines that are meant specifically for bio-material,” he says. “But as a startup, our focus is on the plastic itself, not on owning and selling the machines. Through trial and error, we were able to develop a product that can use the existing machines, thus minimising waste and maximising efficiency, and bringing an attractive proposition to the market.”

Given the organic nature of the products, shelf life varies from 12-24 months – for instance, the cups last at least 24 months. After use, the cups can biodegrade within 180 days.

PlasticFri’s technology has already been tested, validated and certified under EU certification standards. To ensure a product meets the European standard, four tests are carried out:

PlasticFri has received a number of awards in the UAE, such as the Future of Food and Agriculture award at the Climate Innovations Exchange (CLIX) 2020 event hosted by Ministry of Climate Change and Environment.

“When we first applied [for IIGP], we had only just launched our products at a commercial scale,” says Max. “But Expo Live has helped us at two major levels. One is of course the financial side, which enables us to bring together the necessary resources and time for our plastic-cups initiative, which a product we believe will revolutionise the way we consume things, literally.

“The second is the in-kind support we get from Expo Live, getting access to their network and coming in contact with other grantees, to learn and share.”

PlasticFri’s products are currently available in Europe, but Mohammadi finds solace in the fact that countries such as the UAE are emerging as front-runners in the fight against plastics.

PlasticFri’s technology has already been tested, validated and certified under EU certification standards.

“In the next three to five years, our expansion plan includes parts of Asia and certainly the UAE. Market trends are in favour of initiatives such as ours. And our long-term aim is to develop a model that is scalable in the fastest and most efficient way.”

Mohammadi stresses on the fact that ultimately, their efforts will only bear fruits if consumers join their mission and agree to put an end to single-use plastics.

“All the plastic that has ever been made exists today in one form or another,” says Mohammadi. “This a crisis and there really is an urgent need for better alternatives. PlasticFri is much more than a company, it is a movement of hope and social impact, and we are counting on public support to carry this message forward.” 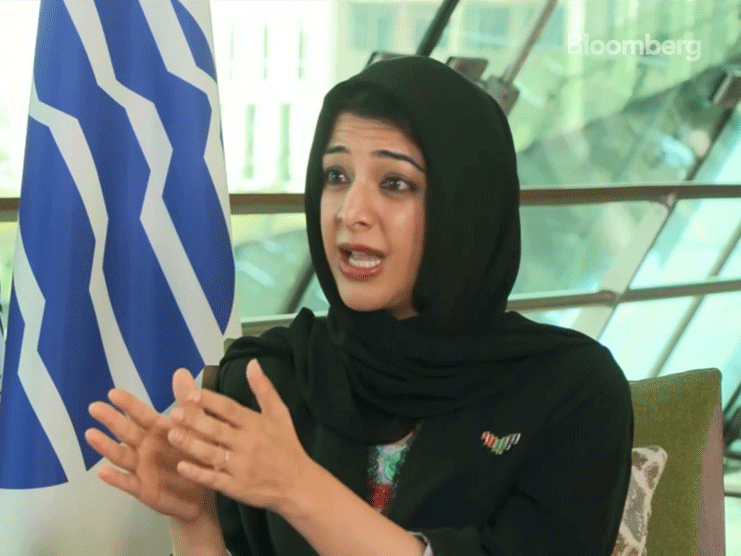