10 January 2003 By MEED Editorial
For six months, the talk has been of the inevitability of war against Iraq. For many, an American-led attack to change the Baghdad regime is seen as a foregone conclusion. However, the argument that there will be no war has had a limited hearing, even though it has considerable intellectual and moral power.

The chain of reasoning behind the no-war scenario is simple and coherent. The starting point is that American public opinion, which will determine whether or not President George W Bush wins or loses the 2004 presidential election, remains divided over the merits of an assault on Iraq. War against terrorism has massive support, but war against Iraq, despite efforts to show a link between Baghdad and Al-Qaeda, is not a popular option for a majority of American voters.

War will cost at least $60,000 million by the administration's own calculations. Unilateral American action will mean the full financial burden will fall on the shoulders of the American taxpayer. For Republican supporters with an eye on 2004, and the American public as a whole, disarming Iraq by peaceful means through the UN is at least as attractive an alternative to a military campaign costing so much with so many unforeseeable consequences.

Karl Rove, chief political adviser to the president, who is regarded as the architect of the Republican mid-term triumph, will also be aware that a quick military victory in Iraq involving minimal American casualties with or without international support will not necessarily translate into electoral victory in 2004. The experience of the president's father George Bush is sobering. At the end of February 1991, with Iraq driven from Kuwait in a 100-hour land war at the cost of modest allied casualties, opinion polls showed the former president was the most popular leader in American history. Less than 18 months later, he went down in defeat in the presidential election to Bill Clinton, voted out by electors enraged by the state of the US economy.

That is why political cynics who believe victory in Iraq is attainable in short order argue that the problem with a war in 2003 is that it would come too early to have a decisive effect in November 2004. If it goes well, it will be over by the summer, quickly becoming a depreciating political asset for the Republicans. If a war in 2003 goes badly, it will be all too evident by the autumn of next year. This thinking would encourage the president to wait until 2004 when the joy of a low-cost victory would still be electorally-influential and even failure would be less obvious.

There are positive arguments for no war. The UN Security Council has passed a strong resolution on Iraq's weapons of mass destruction and given fresh authority to the inspectors, chased out of Baghdad in 1998. Inspectors, more determined and in greater number, are on the ground and Iraq is co-operating. They may never clear Baghdad of the charge that it is developing nuclear, chemical and biological weapons, but the fact they are on the ground in Iraq reduces the chances of such weapons ever being deployed, which in the end is the real point of disarmament.

The presence of the inspectors opens the door to further steps to alleviate the sufferings of the Iraqi people and ensure proper co-operation with earlier UN resolutions. For champions of multilateral action, developments in Iraq since September offer hope for the future.

The next milestone is Blix's preliminary report on Iraq's weapons of mass destruction due on 27 January. Doom-mongers say this will provide the US with the final excuse to attack. But the septuagenarian Swede is by temperament and experience unlikely to want to go down into history as the man who opened the door to war in Iraq by declaring Baghdad to be unambiguously in breach of UN Security Council Resolution 1441 without overwhelming evidence, which still seems to be lacking.

It is therefore probable that his report will be ambiguous, offering confirmation to the US that Saddam Hussein has been telling less than the truth but providing sufficient evidence to the rest of the UN Security Council that the inspection process is making real progress and should be allowed to continue.

Washington might seek to use the report as an excuse for war, but at the risk of having to go it alone unless it can convince others that the case for war is completely made. The new composition of the Security Council has done nothing to ease the process: Germany and Spain are likely promoters of less bellicose European foreign policy; Angola and Pakistan can be expected to exploit the rich opportunities for protracted horse-trading over complex issues such as the Congo and Kashmir. Even UK Prime Minister Tony Blair, apparently the White House's closest ally in dealing with Iraq, may have difficulty convincing a divided cabinet and a sceptical public of the case for war if the Blix report is anything less than comprehensively damning, which it may well not be.

There is a strong possibility that the temptation to conserve political capital could entice Washington and its allies to continue with the UN inspections programme. The strong rhetoric and military posturing could continue without the Security Council declaring 'material breach' and pulling the trigger of military action.

The Bush administration will be pondering one key question: why risk American lives and money and the reputation of the Republican Party, now in charge of the White House, congress and the senate, when the desired objective, Saddam disarmed, could be achieved by other means: namely an internationally-supported UN process?

The most dangerous next moment in the crisis will come with the Blix report and how it is seen. But once that moment has passed, the door opens to a negotiated settlement with benefits for all economically and politically. Bush may have to row back from his militant line, but the compensation will be the ability to declare he has brought peace and security to the world without a single American casualty or the economically-damaging massive expenditure on war. If combined with other victories in the declared 'War on Terrorism', this is potentially an election-winning political platform and one the Republicans' opponents fear. A stretched out UN process, despite the hot words from the White House, may well suit President Bush's purposes, though he will be the last person to say so.

So there are reasons to believe that war in 2003 is not only not inevitable, but possibly less than likely. If this proves to be the case, then history will show that the critical factor was not the UN or Iraq's reactions but public opinion in America and Europe. In the end, the people feared the consequences of war more than the possibility that Iraq could retain the capacity to develop weapons of mass destruction.

Relief that war has been avoided will in turn prepare the ground for the logical consequence of a UN-led approach to Iraq. That is the acceptance that Saddam Hussein, wings clipped and cajoled into political reform, will remain as head of the Iraq state. Saddam in power will be a bitter pill to swallow. However, for some, it could be a price worth paying to avoid a war and its uncertain consequences. 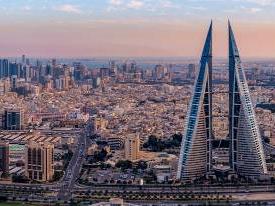