Iraq invites Saudi firms to invest in oil and gas

Iraq has renewed its invitation to Saudi companies to invest in the country’s oil and gas sector.

After the meeting, the Saudi crown prince and Iraqi prime minister stressed the two countries' determination to strengthen relations in all fields, in a statement issued via Saudi Press Agency, Saudi Arabia’s official government news outlet.

It said: “The two sides stressed the importance of cooperation in the fields of energy, exchange of experiences and coordination of positions in the oil field within the scope of Opec and Opec Plus.

“They also stressed full commitment to all decisions that have been agreed upon, in a manner that guarantees reaching fair and appropriate oil prices for exporters and consumers in the global oil market.

“The Republic of Iraq also renewed its invitation to Saudi companies to invest in promising opportunities in various fields in Iraq.”

Saudi Arabia and Iraq also agreed to continue to cooperate in the field of combatting terrorism and said that they would intensify cooperation on security issues.

In May, Iraq announced that it had agreed to allow Saudi companies to invest in its western Akkas gas field, increasing optimism that the planned project to develop the field would see new momentum.

The Akkas gas field is Iraq’s largest gas field. It was discovered in 1992 and began production of natural gas and condensates in 1993.

In October, Iraq’s Oil Minister Ihsan Abdul-Jabbar Ismail said the ministry was continuing to work on the resumption of the gas development project at the Akkas field.

He said the Akkas development project was one of the most important projects in Iraq’s gas sector.

The Akkas field, which has reserves of 5.6 trillion cubic feet and was discovered in 1992, is operated by Korea Gas Company (Kogas). It is located in the western Anbar province near the Syrian border.

In 2011, Kogas signed a contract with the Iraqi government to develop the field and planned to produce 400 million standard cubic feet a day (cf/d), but production plans fell through because of the war in the region.

The South Korean firm’s $5.8bn project to develop the field was put on hold, after Islamic State in Iraq & Syria (Isis) seized large territories in Anbar in May 2014.

Kogas halted operations after multiple attacks by militants against the company’s sites in the field. Soon after operations were halted, the site was occupied by Isis.

In November 2017, Baghdad announced that Iraqi forces had recaptured the Akkas gas field from Isis.

It is understood that Iraq’s talks with the Kogas team in 2018 revolved around the damage inflicted on the asset by the militants and how soon operations could resume.

These negotiations failed to lead to the project restarting, however.

Optimism that the project would restart increased on 9 June, when Iraq made an announcement saying it was moving ahead with plans to develop both the Akkas field as well as Mansouriya, another non-associated gas field, which is estimated to have the capacity to produce 300 million standard cf/d.

Both Saudi Arabia and the US, which are looking to contain Iranian influence, have good reason to want to assist Iraq in developing its non-associated gas fields as it would reduce Iraq’s economic reliance on Iran. 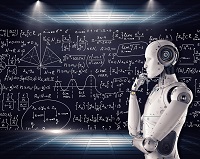