The solar energy sector is a fast growing market in the region. With all countries now having stated 2020 renewable energy targets and some of the best irradiation levels on Earth, solar energy is the largest component of governments strategies to achieve such targets. As a result, billions of dollars is set to be invested in large-scale, on-grid CSP and PV facilities as well as small-scale, off-grid self-generating, rooftop panel, and solar-powered water heater units.

Prepared in co-ordination with the Middle East Solar Industry Association (Mesia), the MENA Solar Energy report is the ultimate reference document for anyone involved in the solar energy industry interested in winning or expanding business in the region.

The report explores each countrys strategy and policy with regards to solar energy and assesses what financing mechanisms and fiscal incentives have been implemented to achieve their renewable energy ambitions.

This research report also assesses the fiscal incentives available to investors whether they are in the form of capital subsidies, investment/production credits or energy production payments. It also examines financing opportunities such as project finance, development bank aid and government funds that investors that can utilize to develop their projects.

Comprising more than 150 pages, the report provides a comprehensive breakdown of current and future solar projects by technology, including clients, budgets, locations and other relevant data.

Save time and investment on research and analysis. Gather exclusive data on the MENA solar energy market through this in-depth examination.

View our webinar on the outlook for the Mena energy sector 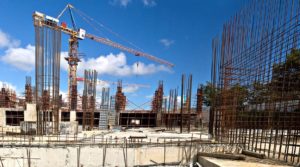