Over $8bn awarded in September in the Middle East

There were more major contract awards in September following on from a stronger than expected August and rounding off what has been a busy summer for the regions projects market.

The largest contract was awarded by the National Iranian Oil Company (NIOC), which signed a $5bn deal with the local Petropars to complete phase 11 of the South Pars gas field development, replacing an earlier agreement with China National Petroleum Corporation (CNPC). Petropars is already working on phases 12 and 19 of the development and is revamping phase 1.

Phase 11 of the development of the worlds largest known gas field covers the installation of two wellhead platforms, drilling 24 development wells and the construction of an onshore gas treatment plant.

CNPC reportedly backed out of phase 11 in 2012, after the Tehran government blamed it for delays in buying equipment and starting preparatory works. Frances Total and Malaysias Petronas had previously also pulled out of the scheme.

NIOC and its subsidiaries are developing South Pars in 29 phases, but several of these have been delayed as relations with foreign oil companies are constrained by international sanctions against the Islamic Republics energy sector.

The South Pars deal was the only contract awarded in September that is valued at more than $1bn. The second largest contract valued at $400m was secured by China Harbour Engineering Arabia for the port dredging and reclamation works at the Jizan Economic City (JEC) in the southwest of Saudi Arabia for Saudi Aramco

The Chinese contractor won the contract against rival bids from four other groups. The scheme is being fast-tracked to complete the port facilities before the $7bn Jizan refinery becomes operational.

The third largest contract won in September was the $348m deal secured by Dubai-based Drake & Scull International for the construction of a mixed-use development for a private investor in Algeria.

For more up-to-date information on the regions largest projects, go to MEED Projects, which tracks trillions of dollars worth of projects.

Be the first to know about new projects; we provide the data so you can win the business. If you would like to see a demo of MEED Projects, or just want to find out more, register your details online or call +971 (0) 4 367 1302. 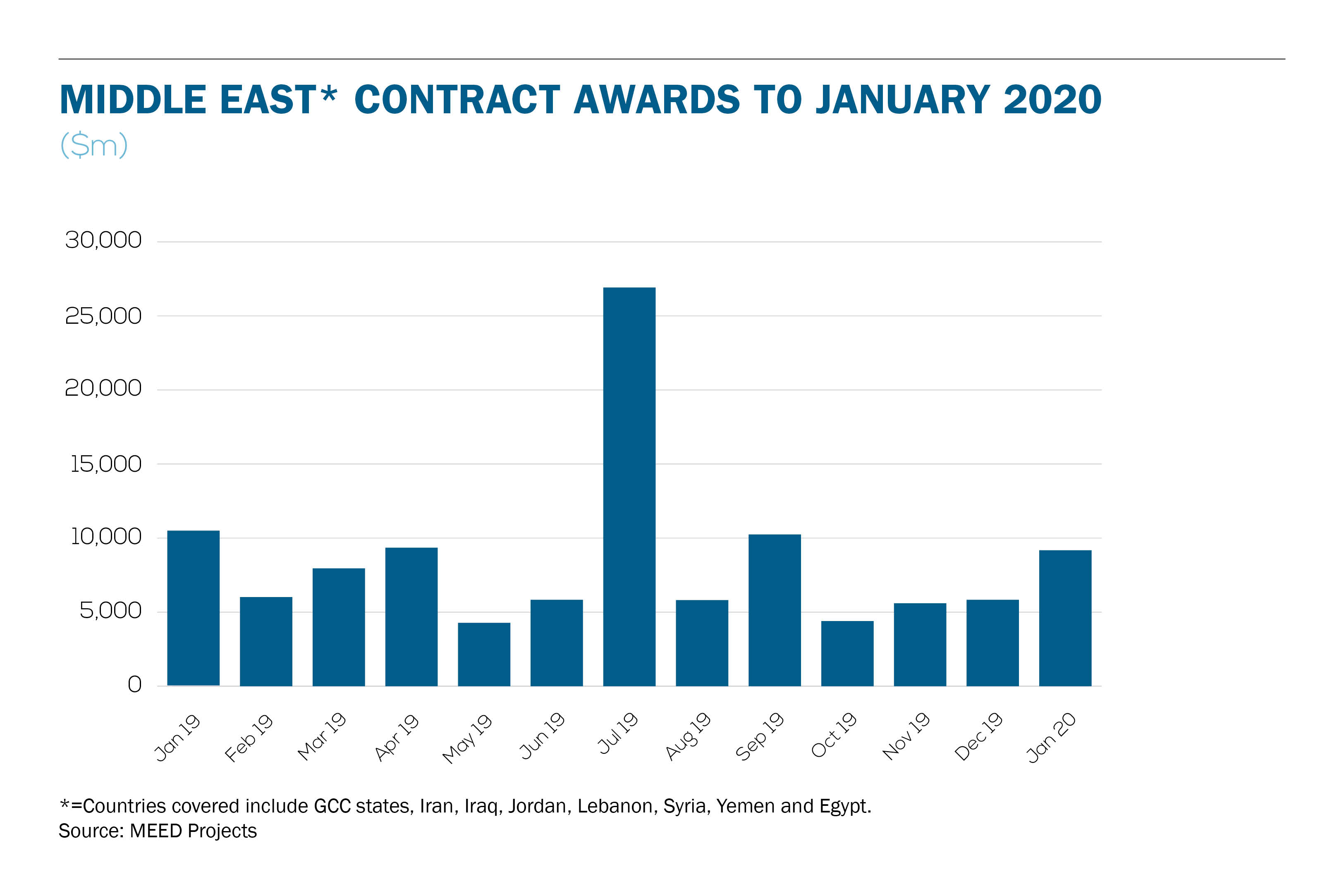