With sectarian violence continuing, crisis management will monopolise policy-making in 2016

Turbulence looks set to remain the defining characteristic of the Middle East and North Africa (Mena) region in 2016, with a series of evolving, interlinked crises combining to create an increasingly complex political and security landscape.

The regional challenge posed by the Islamic State in Iraq and Syria (Isis) will continue to absorb both Western and Middle Eastern policymakers attention, precipitated by the success of the groups franchise in bringing terror to the streets of its capitals.

Though the Mena region faces myriad other conflicts, it is through the Isis prism that these issues will continue to be viewed.

Security will be the paramount driver of Menas regional outlook in 2016, as internal conflicts seep across borders, dragging in different actors and subverting formerly stable relations. The possibility of Isis mounting an attack on Western targets inside the Middle East must be taken seriously, amid rumours that Saudi security forces have recently foiled such an attack on a significant target in the kingdoms Eastern Province.

The terrorist threat could amplify still further in 2016, in spite of the increasing struggle that Isis is encountering in holding territory in Iraq and Syria.

The loss of Sinjar in northern Iraq to Kurdish forces in November 2015 breaks a key transit route that the Jihadist movement used to move between its Syrian base of Raqqa and the northern Iraqi city of Mosul. That erosion of geographic contiguity could undermine the ground-level threat Isis poses in Syria and Iraq, particularly in the face of well-organised and motivated forces from Kurdish groups.

Isis could find it a strain to keep the caliphates economy functioning as successfully as it has done, denying it critical funding sources.

None of this means the groups capability to terrorise large areas of the region  now including parts of Libya and Egypt  will be seriously diminished. Isis repeated capacity to terrorise Shia populations, with frequent bombings in Saudi Arabias Eastern Province, Iraq and Lebanon, should keep sectarian tensions simmering across the region.

The US will hope the joint Kurdish-Arab force it is backing will eventually be in a position to launch an offensive on Raqqa, while an Iraqi army-led assault on Mosul is also awaited. Following Novembers terror attacks in Paris, ground forces from UN states may become involved. Kurdish reluctance to move into traditionally Arab areas will limit the effectiveness of deploying forces such as the Syrian Kurdish YPG in some of these areas.

In the meantime, Iran and its proxies have shored up President Bashar al-Assads position in his battle against the Sunni rebels. These have moved the front line away from the Lebanese border towards the provinces of Aleppo and Idlib. However, both the Iranians and Hezbollah have lost many men in battling the rebels.

The intervention of Russia in Syria, together with Frances amplified campaign against Isis, could leave Assad in office for a while longer  certainly long enough for the main Western powers to accept him as a transitional leader during a UN-supervised Syrian peace negotiation, as favoured by Russian President Vladimir Putin.

The Gulf states strategy towards Isis is compromised by conflicting loyalties, not wanting to see Isis dominate, but also knowing that its allies in the rebel movements have suffered as a result of the Russian-Iranian incursion.

A more pressing concern for the GCC in 2016 will be to seek closure in Yemen, a conflict in which Saudi Arabia and the UAE have been closely engaged since the launch of air strikes in March 2015.

Saudi Arabia has found the military campaign against the Houthis to be a financially draining experience, while Houthi elements remain entrenched in the capital Sanaa and parts of the north.

Riyadh wants to see a negotiated settlement in line with UN Security Council Resolution 2216. The prospect of a lengthy ground-level engagement by coalition troops in Yemen is real enough.

Unless the main UN envoy, Ismail Ould Cheikh Ahmed, can force though a compromise that would find a role for the Saudi-backed President Abd-Rabbo Mansour Hadi in a new government of unity, the Yemen conflict could prove a festering sore for the kingdom  as well as a potential humanitarian catastrophe for the Arabian peninsulas poorest nation.

Egypt is another Mena power that will be under pressure to shore up its security, after the Sharm el-Sheikh airline bombing in October 2015. Given the countrys reliance on tourists hard currency, President Abdul Fattah al-Sisis government must demonstrate that the major resorts are safe from terrorist attack.

Next door, a divided Libya faces its own challenge, with the failure to cement a power-sharing deal in October 2015 leaving a profound security vacuum that those hardline elements linked to the rival Tripoli and Al-Bayda-based factions will seek to exploit. A framework agreement for a unity government remains on the drawing board, but actually agreeing the fine print of the deal has so far proved beyond the capacity of Libyas fragile political elites.

Saudi Arabias leadership will come under greater pressure to dispel rumours of dissent within the royal family, with the swift elevation of the young Deputy Crown Prince and Defence Minister Mohammed bin Salman al-Saud (MBS) proving controversial with some senior princes.

The health of King Salman bin Abdulaziz al-Saud (MBS father), has been the subject of fevered speculation. Rumours of his incapacity have been fed by the increased prominence of MBS, whose stewardship of important policy-making councils has made him a formidable figure in Riyadhs corridors of power. His leadership style is seen as having alienated senior royals. Either MBS will consolidate his power base in 2016, or his rivals will contain his influence.

With key domestic reform measures needing implementation, and major foreign policy issues such as Yemen requiring Saudi input, the perception of division in senior Saudi ranks would be damaging for the Gulf as a whole.

Domestically, the kingdom faces increased security challenges related to Sunni Jihadist attacks on Shia targets. It must also face down international criticism of its approach to its minority Shia community, with the pending death sentence handed to a young protestor, Ali Mohammed al-Nimr, likely to focus attention on the kingdoms human rights record in 2016.

Other Gulf leaderships look to be more stable in 2016. The smoothing over of intra-Gulf tensions over the past year should keep Qatars relations with both the UAE and Saudi Arabia on an improved trajectory. Oman, though, could face a leadership crisis if Sultan Qaboos bin Saids reputed poor health deteriorates further. The prospect of the Gulfs longest-serving leader leaving the stage would be sure to shake confidence in the regions stability.

Iraqs Prime Minister Haidar al-Abadi could face renewed pressure in 2016, after his evident failure to sustain momentum behind a much-heralded anti-corruption effort. The prime minister will need to make good on promises to scrap senior political offices that were widely seen as being used as instruments of patronage by corrupt individuals. A new raft of reforms will seek to streamline government ministries and improve overall service provision.

Yet with the economy in a fragile condition, Abadi faces a struggle in overcoming challenges to his leadership, and the former Prime Minister Nouri al-Maliki is still regarded as a powerful behind-the-scenes figure in Baghdad politics. Abadi will need to show to his Sunni compatriots that he is serious about reconciliation, and that the Shia militias taking on Isis will be kept on a tighter leash.

Meanwhile, with the Kurdistan Regional Government accumulating more land and resources, Baghdad has shed much of its influence in the north of the country.

Iran, which enjoyed a good 2015 with the signing of the nuclear accord in July, faces two critical elections early in 2016 that will go a long way to determining whether that breakthrough can yield lasting results.

In late February, Iranians will vote on electing a parliament, which is currently conservative-dominated. They will also be asked to elect the Assembly of Experts, which will be charged with choosing the next supreme leader to succeed the incumbent, Ayatollah Ali Khamenei. President Hassan Rouhani needs to ensure that his supporters prosper in the parliamentary polls if he is to shore up his power base in advance of presidential elections due in 2017.

Although the deal to unlock international sanctions has been popular among the Iranian public, Rouhani faces stiff opposition from hardliners in parliament, the Revolutionary Guards and the judiciary. Conservative forces will be looking to score strongly in both the parliamentary and Assembly of Experts ballots, in order to shackle the reformists. The conservative Khamenei himself is unlikely to sit on the fence in this battle of wits.

Elsewhere, Lebanon will struggle on from week-to-week with a government that is barely functioning and unable to take long-term decisions. With domestic confessional balances and regional geopolitics militating against consensus, the country is unlikely speedily to find a mechanism that would allow for the election of a president and the full resumption of executive-level decision-making. The Lebanese security situation looks increasingly precarious in 2016, as Jihadists mount deadly attacks on targets in Shia areas. Hezbollahs attentions are focused on the Syrian battlefield, an intervention that will remain a source of controversy among its Sunni and Christian opponents.

Palestine too looks set for continued drift, with an outbreak of violence targeted at Israeli civilians drawing a firm security response from Israel, which is set to step up settlement building in the Occupied Territories. Young Palestinians in the West Bank have lost patience with the leadership of the long-serving President Mahmoud Abbas. There is little sign of willingness in Tel Aviv to reinvigorate the peace process, leaving Palestine facing the prospect of a renewed and bloody intifada.

In the Maghreb, the future of Algerias president Abdelaziz Bouteflika is likely to be subject to increased speculation in 2016, with the 78-year-old head of state only rarely making public appearances. The veteran president has ousted rivals from power in recent months, which is seen as preparation for his eventual departure from office.

Next door, Tunisia, reeling from two terrorist incidents in 2015 that targeted tourists, is focused on clamping down on its domestic militant threat. The efficacy of that programme will rest in part on whether the secular government is able to overcome internal rivalries.

In this frenzied, security-driven atmosphere, there seems little prospect of serious reform and political openness taking root in the Mena region in 2016. Crisis management will dominate policy-making, leaving little prospect of long-term strategising. The virulent strain of sectarian violence looks stubbornly immune to easy resolution. Only in isolated spots of stability  for example, the UAE, Qatar and Kuwait  is there cause for genuine optimism about the future.

Future of region's aviation sector still up in the air

The future of energy and technology in the Middle East 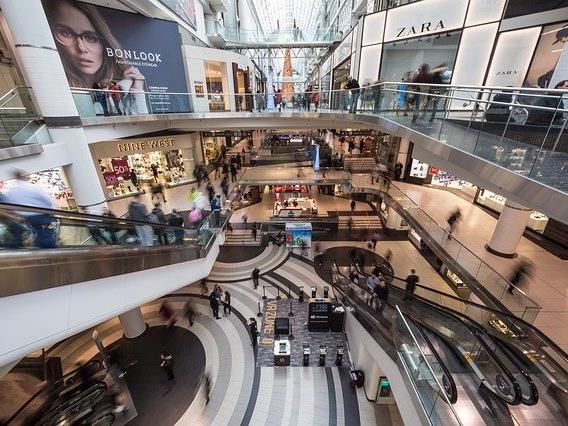