Ten moments that defined a year of Covid

Since the UAE confirmed the first cases of the Wuhan coronavirus in the region on 29 January 2020, more than 4.8 million people have been reported as having Covid-19 in the Middle East and North Africa. And some 116,262 people have died with the disease, according to Worldometers.

The economic impact has been catastrophic. Oil prices fell more than 50 per cent in March 2020, and the IMF projects that real GDP growth in the Mena region in 2020 was negative 5 per cent.

While stimulus spending and monetary easing provided the liquidity needed to keep economies moving and companies solvent through the lockdowns, fiscal deficits in the GCC have risen to 9.2 per cent of GDP in 2020 from 1.9 per cent in 2019. At the same time, sovereign debt in the region has risen to an average of about 29 per cent.

As governments grapple with the latest wave of the virus and roll out vaccination programmes, MEED looks at how Covid-19 spread across the region, and how countries responded.

29 January 2020: UAE confirms first coronavirus case
The UAE’s health ministry confirmed the country’s first coronavirus case in the Middle East after the virus was detected in a family of four who had arrived from Wuhan in China. A statement said the public was not at risk, but warned all citizens to adhere to general health guidelines while the ministry worked “around the clock to report cases as early as possible”.

4 February 2020: UAE-China flights suspended as coronavirus spreads
The UAE suspended flights to and from Chinese cities, with the exception of Beijing, as the new coronavirus spread globally. The UAE’s General Civil Aviation Authority (GCAA) said all passengers travelling from Beijing International airport would be required to undergo six to eight hours of medical tests at the airport to ensure the safety of passengers before boarding.

25 February 2020: Gulf flights suspended in Covid-19 response
Concerns over the spread of the coronavirus strain (SARS-CoV-2) responsible for Covid-19 led to the suspension of multiple flight routes between Arab states within the Gulf and connecting to Iran.

27 February 2020: Covid-19 countermeasures widen in the Middle East
Saudi Arabia halted entry to Mecca and Medina for pilgrims from countries hit by the new coronavirus. Entry to the kingdom by visitors holding tourist visas from countries with confirmed coronavirus outbreaks were also halted.

10 March 2020: Saudi Arabia oil output to exceed capacity in April
Saudi Aramco announced that it would raise its oil output to 12.3 million barrels a day (b/d) in April, taking its output 300,000 b/d above its declared 12 million b/d production capacity, in a perceived bid to reclaim oil market share. Aramco’s announcement followed reports it had slashed official selling prices of its crude exports for April by up to 10 per cent, including the biggest ever cut for Arab Light crude bound for Asia.

31 March 2020: Riyadh announces increase in oil exports as Brent hits 17-year low
Saudi Arabia announced plans to boost its crude oil exports to 10.6 million b/d in May. The announcement came as Brent crude plummeted to a 17-year low of $21.76 a barrel on 30 March. As more countries enforced stricter lockdown measures, the coronavirus pandemic had wiped off about 10 million b/d of global oil demand.

2 April 2020: Oil prices rebound after President Trump announces possible Saud-Russia deal
Oil prices jumped by more than 30 per cent on 2 April following US President Donald Trump’s statement that Saudi Arabia and Russia could strike a deal to cut back collective oil production by 10 to 15 million b/d.

21 April 2020: North America oil prices turn negative
North American oil prices sank to rock bottom levels on 20-21 April owing to a saturation of global crude storage capacity, significant oversupply to the market, and plummeting demand due to the coronavirus pandemic. US oil benchmark West Texas Intermediate (WTI) fell by a monumental 302.57 per cent and was trading at -$37.01 a barrel as of midnight UAE time.

11 March 2020: Riyadh moves on state budget cuts
Saudi Arabia launched a new round of austerity measures by calling on state agencies to deliver proposals to cut costs by at least 20 per cent in response to lowering oil prices and the impact of coronavirus on crude markets.

28 February 2020: UAE cancels cycling race due to coronavirus
Abu Dhabi cancelled the final two stages of the UAE Tour cycling race after two participants in the event tested positive for coronavirus. The two cyclists took the total number of confirmed cases in the UAE to 15.

10 March 2020: Coronavirus forces Emaar hotel closures
UAE real estate developer Emaar Properties said it would not accept reservations for three hotels – Address Fountain Views, Vida Creek Harbour and Vida Emirates Hills – due to the sharp drop in traveller numbers. A spokesperson said it had been drawn into “a state of force majeure” in light of Covid-19’s spread.

22 March 2020: Emirates suspends passenger flights
The UAE’s Emirates Airlines announced it would suspend all passenger flights by 25 March. “Until January 2020, the Emirates Group was doing well against our current financial year targets. But Covid-19 has brought all that to a sudden and painful halt over the past six weeks,” said Sheikh Ahmed bin Saeed al-Maktoum, chairman and CEO of Emirates Group.

26 April 2020: Covid-19 risks half of Middle East's aviation jobs
The International Air Transport Association warned that some 1.2 million jobs in the Middle East air transport sector were at risk due to Covid-19.

4 May 2020: Expo 2020 confirms postponement
Dubai confirmed the delay of Expo 2020 after a two-thirds majority of the Bureau International des Expositions' (BIE) member states voted in favour of postponing the event.

14 March 2020: UAE Central Bank launches $27bn of financial support
The UAE Central Bank launched AED100bn ($27bn) of credit and capital along with a series of other financial measures to support the economy. Just over a week later, on 22 March, the UAE cabinet approved a AED16bn ($4.4bn) economic stimulus package that included measures to accelerate major infrastructure projects across the federation.

22 March 2020: Lockdowns begin across the region
Dubai started an 11-day sterilisation campaign in an attempt to contain Covid-19. Night curfew was imposed four days later, with a full lockdown implemented on 5 April. School closures had already been announced on 8 March.

22 March 2020: Kuwait imposes curfew
Kuwait implemented an 11-hour lockdown and extended its ongoing public holiday by two weeks. Those flouting the curfew would be jailed for up to three years and fined KD10,000 ($32,150) under Kuwait’s Civil Defence Law, the interior minister said.

14 April 2020: Hospitality assets become quarantine quarters
The Millennium Group, Royal Rose, City Seasons, Park Rotana, Ayla and Millennium Capital Gate hotels contributed rooms and suites to the Authority of Social Contribution (Ma’an) in the UAE. Elsewhere in the UAE and other parts of the Gulf, more hotels were donated to serve as support areas for healthcare workers and quarantine centres. 9 November 2020: Europe's second wave to test Gulf aviation
The second round of national shutdowns in Europe spelt bad news for aviation super-connectors in the GCC. The second wave, combined with continuing travel restrictions and quarantines, would result in passenger numbers in the region being less than a third of 2019 levels, warned The International Air Transport Association.

8 December 2020: Abu Dhabi seeks volunteers for Russian vaccine
A volunteer programme for phase 3 clinical trials of the Russian human adenovirus-based vaccine was launched under the 'Vaccine for Victory' campaign.

25 January 2021: Covid-19 vaccine stocks grow in Mena region
More than 2.4 million doses of the Covid-19 vaccine have been given in the UAE alone – the world’s second highest administration rate for the jab after Israel. 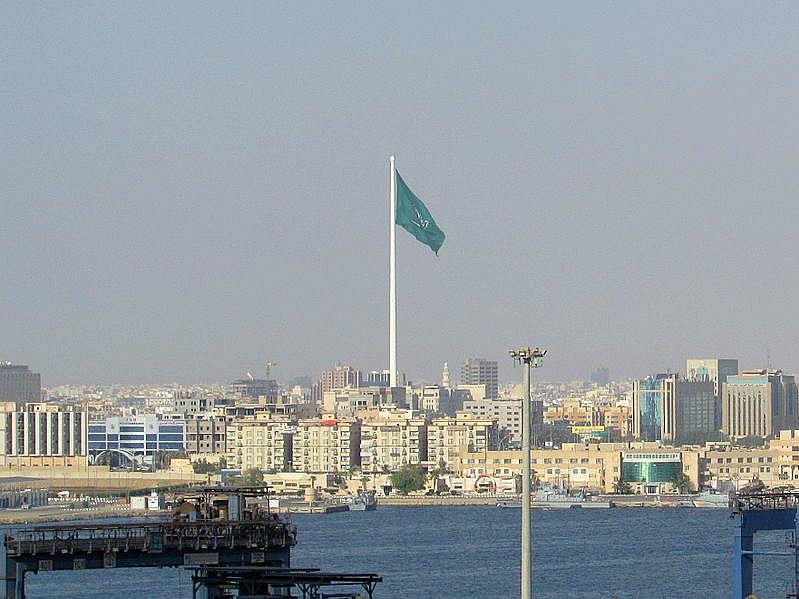