The oil market is now entering the third phase of its current slump. The next six months will be crucial for the strategy being followed by Opec and its competitors. Unless the situation develops favourably, strains will emerge and the major oil producers will need another approach.

In the first phase, from mid-2014 until the start of 2016, Opec searched for a way ahead, and found it in boosting production to yield low prices, aiming to drive out high-cost competitors. This succeeded to an extent, but by mid-January 2016, Brent crude had fallen to below $28 a barrel. Although US output fell and global upstream investment was slashed, non-Opec production remained surprisingly robust.

In the second phase, during 2016, Saudi Arabia changed its approach and sought to persuade other Opec members to make production cuts. But with Iran regaining full production after nuclear-related sanctions were lifted in January, there was no basis for a deal. Negotiations fell apart in Doha in April, and long-serving Saudi Oil Minister Ali al-Naimi, architect of the low-price strategy, was dismissed.

As Irans production levelled out from June, and Iraq reluctantly dropped its objections, Russia played an important role in bringing Tehran and Riyadh together. The Opec deal in November, involving a production decrease of about 4.4 per cent for most members, was followed by a range of cuts pledged by non-Opec producers, particularly Russia. Amid these discussions, prices rose steadily to above $57 a barrel in early January.

Now the third phase is under way  that of delivery. Initial signs on the Opec side are encouraging, with Saudi Arabia saying it would cut by even more than promised, Kuwait reporting it had reduced output by 130,000 barrels a day (b/d), and Russia saying it had begun production cuts amid bitter Siberian weather. Oman has set production caps for operators to deliver its promised 45,000-b/d cut.

The deal will be more seriously tested at the end of its initial six-month term. Saudi output would normally be expected to rise into the summer period of peak domestic demand. Iran and Iraq may by then be attracting more investment and seeking renewed production gains. Speaking at the World Economic Forum, Saudi oil minister Khalid al-Falih said for the first time that his country was planning to boost capacity beyond the current 12.5 million b/d.

The non-Opec members who participated in the deal largely by default  knowing their output was set to decline anyway  will not be ready to make further cuts, although Russias President Vladimir Putin may cajole Kazakhstan and Azerbaijan into line. The longer-term prospects for continuing non-Opec cooperation look doubtful: Kazakhstan finally brought its giant Kashagan field online last year; Mexico is launching bid rounds to attract private investment; and even troubled South Sudan is seeking to restart 50,000 b/d of production by March.

The impact of the Trump presidency will also be somewhat clearer by then  whether more serious geopolitical upheaval, and a domestic stimulus package bringing a short-term boost to demand; or trade wars, a global slump, and gains from Russian production as sanctions are lifted.

But the biggest threat to the Opec deal is shale production. US output has already risen from below 8.5 million b/d in June to 8.95 million b/d now, and Goldman Sachs sees a further 235,000 b/d gain this year, driven mostly by the fracking of drilled but uncompleted wells. This has been achieved by an oil rig count of just 522, down from its 2014 peak of 1,609, though up more than 200 rigs from May. The Canadian rig count has increased strongly too.

Last Tuesday, ExxonMobil strengthened its position in US shale by paying $5.6bn for acreage in the prolific Permian Basin, by far the most resilient part of the US oil-patch. As prices rise, the Bakken, Eagle Ford and smaller plays may have to take some of the load.

The speed of the US shale rebound will be determined by how quickly companies can repair their battered finances, and how soon they can rehire rigs, frac crews and workers. At least half the fall in shale break-even prices from a typical level of $80 a barrel in 2014 to an oft-quoted $50 or so today has been driven by squeezing service companies rather than by sustainable improvements in performance.

US shale is not a swing producer as sometimes said  the many independent American producers are not acting together to balance the market. But it can be a short-cycle marginal producer, boosting or reducing output much more quickly than traditional projects. That is the basis of the markets belief that prices this year will not far exceed the $60-a-barrel level.

When the Opec deal reaches expiry in the middle of this year, the degree of US shale recovery, the draining of current swollen inventories and, of course, the price level will all be key in determining how its success is seen, and whether the deal is renewed. Even some Opec ministers are sceptical about production cuts. If the indicators are not looking good by Opecs next meeting in May, it may be time for a fourth phase: a drawn-out period of stagnant prices.

Robin M Mills is CEO of Qamar Energy, and author of The Myth of the Oil Crisis

Redressing the balance with litigation funding 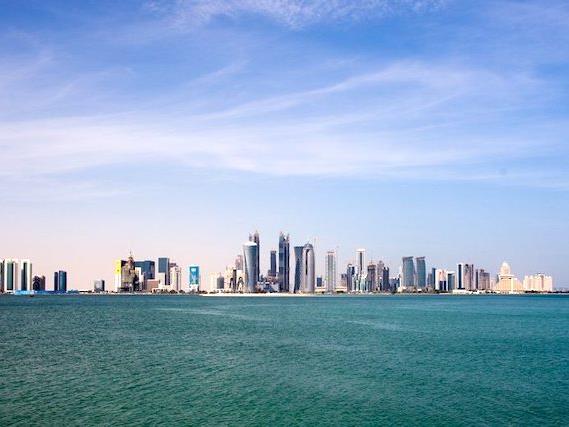