Air cargo - Flying in the face of the economic downturn

Despite the recent global slowdown in trade, Gulf airlines and airport operators are still investing for growth and have every expectation of a return to healthy air cargo volumes

The air cargo sector has been particularly hard-hit. Luxury goods formerly transported by air have been moved onto ships or lorries as companies re-evaluate their cost base.

As an emerging trade hub and net importer of most goods, except oil and gas, the Middle East has not been immune from the decline in international trade. The region’s air carriers were bound to suffer from the falling freight volumes that followed.

Governments around the region were still claiming they might remain unaffected by the wider downturn in trade as late as early 2009, but figures from the International Air Transport Association (IATA) show that a weakening of consumer confidence can be traced back as far as 2007. Following a 16.1 per cent increase in freight tonne kilometres (FTK) flown in the Middle East in 2006 as the boom approached its peak, the growth dropped to 10.1 per cent in 2007 – a significant slowdown in the rate of  increase, but still well above the international average. This deceleration continued, with growth slowing to 6.3 per cent in 2008 and 3.9 per cent in 2009.

Elsewhere, the air cargo industry has gone into reverse. Globally the market contracted by 4 per cent in 2008 and by 10 per cent last year, as the volume of exports from China to Europe and the US dried up.

Dubai’s state-owned cargo group, Dnata, operates six cargo terminals at Dubai International airport, serving foreign airlines using the emirate for point-to-point flights around the region. Its business has suffered from the slowdown in volumes being transported by inter-national carriers.

“Dubai has shelved a lot of ambitious projects and there are no new significant projects being started,” says Jean-Pierre De Pauw, vice-president of Dnata. “I wish I could be more optimistic but the market has not really recovered that much. We have started rebuilding from where we were at the beginning of 2009, but that’s about it so far.”

Last year, international carriers mothballed much of their air freight capacity to wait out the downturn, only bringing aircraft back into service as the market began to show signs of recovery during the final quarter of 2009.

By contrast, the recovery in Middle East air cargo has been sudden. In March last year, freight volumes were down 7.8 per cent year-on-year. By April, the Middle East was the only region worldwide to register growth, with a 0.8 per cent increase.

As the region’s main air transport hub, established as a vital trade hub between east and west long before the real estate boom of 2002, Dubai is the best gauge of the health of the Middle East’s cargo sector.

De Pauw recalls planeloads of Russian shoppers descending on Dubai in the mid 1990s to stock up on luxury and perishable goods unavailable at home. “They would arrive in a chartered plane and the next day that plane would take off, followed by three freighters full of produce,” he says. “That doesn’t happen so much now, but Dubai is still the sweetshop of the Middle East.”

The emirate’s importance as a trade hub for the region and beyond continues to grow. Dubai International airport handled 1.8 million tonnes of freight last year, making it the fifth busiest cargo airport in the world. In 2007, it stood 11th in the rankings.

Emirates, the region’s largest carrier, handles about 70 per cent of the cargo traffic through Dubai International and most of the intercontinental transit freight as well. The company has consequently been hit by the slump in volumes between Asia and Europe. Despite this, 2009 closed with modest growth for the airline, which expects stronger demand this year.

“Tonnage was up 1.4 per cent year-on-year, which, when put in a global context – with intercontinental air freight growth down 18 per cent – is pretty good,” says Peter Sedgley, senior vice-president for Emirates’ cargo division.

“We saw a severe recession in the first quarter of last year, but by the fourth quarter, things had picked up, despite the fall in demand in and out of Europe – especially from Germany, where the auto industry has taken a hammering in the past 12 months.”

With Dubai International airport approaching its operational capacity for passengers and freight, the city’s second airport will open in June. Whether or not Dubai World Central (DWC) airport, also known as Al-Maktoum International, fulfils its claim to become the largest airport in the world, with capacity for 160 million passengers a year by 2030, its primary function initially will be to serve as a new cargo hub for the city. Located next to Jebel Ali port and free zone, its potential is obvious. Its first freight terminal, opening this summer, will have a capacity of 250,000 tonnes a year, expandable to 600,000 tonnes a year over time.

“DWC will establish Jebel Ali as a full multi-modal hub, with swift movements of cargo from sea to air, road and, in time, rail. Our
aspiration is for a four-hour transition from sea container to aircraft pallet,” says Andrew Walsh, vice-president of cargo and logistics
for Dubai Airports. “We are starting to see congestion at Dubai International and are in conversation with airlines now about moving over to DWC.”

Most countries around the Gulf had already signalled their intention to continue spending through the downturn to develop and expand their air cargo capacity. With the exception of Dubai, the region is still building from a relatively small base. But it has growing populations and an expanding middle class, requiring an increasing supply of imported consumer goods and foodstuffs. The swift recovery of the Middle East’s freight market from the downturn gives fresh impetus to the region’s investment in air cargo handling capacity.

After a slow start, Saudi Arabia is pouring billions into developing an aviation infrastructure suitable to serve the region’s largest economy. Although the privatisation of the national carrier, Saudi Arabian Airlines, continues at a glacial pace, the kingdom’s airports are undergoing a complete overhaul.

This expanded passenger capacity at the kingdom’s main aviation gateway brings a proportionate increase in the airport’s potential as a cargo hub. Like other national carriers around the region, Saudi Arabian Airlines has few freighters and most of the airline’s cargo is transported in the holds of passenger flights.

However, the kingdom has woken up to the merits of an integrated aviation, cargo and logistics hub. Some 5 square kilometres of land adjacent to the airport have been earmarked for a multi-billion-dollar airport city, incorporating a free zone, a logistics park, industrial areas and hotels. Similar projects are planned for Saudi Arabia’s other two main international airports in Riyadh and Dammam.

Crucially, the Saudi General Authority of Civil Aviation (Gaca) has already moved to improve the efficiency of the country’s airports, bringing in foreign consultants at the three main airports to retrain management and staff. There is little value in ploughing the nation’s oil wealth into vast new developments if the new infrastructure is run as it has been in the past.

“We knew there had to be changes across the industry and we are working to modernise all our aviation operations, including air cargo,” says a Gaca official. “In Jeddah, particularly, with millions of tourists coming through each year, we need to overhaul the freight facilities to complement the expansion of the port and the arrival of the railway.”

New airport developments in Abu Dhabi, Qatar, Bahrain and Kuwait are all following similar lines, with new cargo facilities and plans for free zones or industrial parks close to the airport sites.

The continued expansion of several Gulf airlines’ fleets will also bring enhanced freight capacity in the holds of passenger flights, with small dedicated cargo fleets on the side.

Sedgley says Emirates will not add to its current fleet of seven freighters in 2010 but expects to come back to the market in 2011. In the meantime, the Dubai-based carrier continues to add an average of two long-haul passenger aircraft a month from its vast outstanding order book. “Capacity was up by 17 per cent year-on-year in 2009, mostly from passenger aircraft,” he says. “Freighter traffic was hit early in the year, but recovered and was up by 5 per cent by the end of 2009.”

IATA has repeatedly warned that excess capacity in the Middle East will impact on profitability for both passenger and cargo operations, but the region continues to defy the global economic downturn.

Although volumes in Europe and North America remain weak, IATA predicts that emerging markets will lead the global industry out of its slump. The recovery in the Middle East remains tentative, but the region is over the worst of the downturn. The new developments in airport capacity across the Gulf should underpin an overall economic recovery in the coming years. 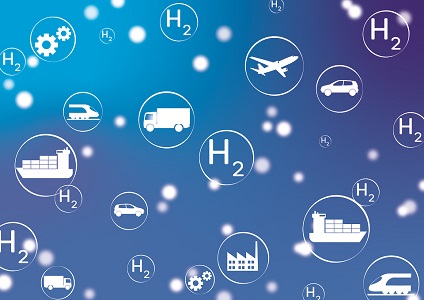