27 January 2022 By Mehak Srivastava
Rising awareness of the need for sustainable business practices is prompting the growth of local, circular economies in the Middle East

The past decade has witnessed a global shift in climate change awareness.

Governments, businesses, and individuals are recognising the perils of environmental destruction, and in particular greenhouse gas emissions that contribute to global warming.

In the Middle East, countries including the UAE and Saudi Arabia have set net-zero emissions targets to help taper emissions in the coming decades.

Achieving these goals will not be possible without the transformation of the entire economy. The Intergovernmental Panel of Climate Change (IPCC) has acknowledged that private sector leadership is essential in achieving the net-zero targets. 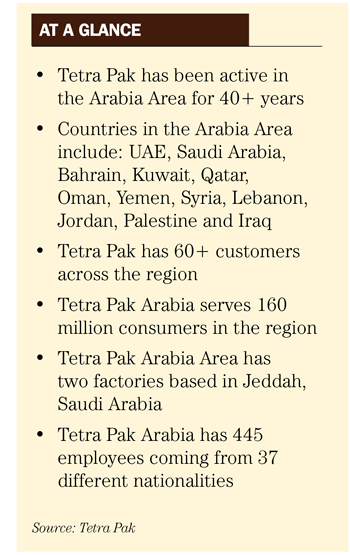 “It would require a seamless collaboration across the entire value chain,” says Niels Hougaard, managing director of Tetra Pak Arabia Area. “This would include raw material producers, manufacturers and the companies we supply.”

Tetra Pak has achieved the status of a world leading supplier of processing and packaging solutions over a span of nearly 70 years. The firm operates in 160 countries and is an integral part of global liquid food distribution system.

“We know that only 32 per cent of plastic today gets recycled – and that is of the nearly 350 billion tonnes that is produced annually,” says Hougaard. “It is simply not sustainable. And that’s why we’re seeing more and more food manufacturers and retailers going towards carton, and we feel we have a responsibility to uphold.”

Typical Tetra Pak cartons consist of around 75 per cent paperboard, 20 per cent plastic polymer and 5 per cent aluminium, and the firm only works with suppliers that adhere to its principles.

Since 2007, Tetra Pak has been working with global nonprofit Forest Stewardship Council (FSC) to responsibly source paperboard. The FSC label on cartons signifies that the product complies with the necessary requirements relating to forest management. More than 500 billion FSC labeled packs have been produced by the company so far.

“Aluminium, although a sinner when it comes to carbon footprint, has fantastic benefits in packaging as it prevents products from deteriorating by protecting it from light and oxygen,” says Hougaard. “But we certify that the producers we work with are good corporate citizens and align with the principles of the Aluminium Stewardship Initiative.”

Tetra Pak is also working with a non-profit called Bonsucro, to source plant-based polyethylene for some of its packaging solutions.

“We started with this solution in Brazil, working with a company called Braskem to obtain polymers from corn and thus creating a product with much higher renewable material percentage,” says Hougaard. “But it still isn’t 100 per cent renewable, because we still need the aluminum for preservation.”

Tetra Pak is spending nearly 100 million euros annually in finding solutions to create a fully, 100 per cent renewable carton that still meets longer shelf-life expectations. To successfully recycle a shelf-stable, aseptic Tetra Pak carton, layers of paper, plastic and aluminium must first be separated and not all recycling centres are equipped to do so.

We know that only 32 per cent of plastic today gets recycled – and that is of the nearly 350 billion tonnes that is produced annually. It is simply not sustainable

But funds are also going towards reforming existing solutions, such as introducing tethered plastic caps on bottles and cartons to align with EU mandates.

“For me, it’s interesting that you can make recycling a sustainable business from an economy perspective as well. This part of the world lacks natural tree coverage, but the use of paper and wood, and the number of cardboard manufactures in the region is huge, creating an ample business opportunity.”

Tetra Pak has jointly invested in a recycling line with Riyadh-based paper mill Obeikan Paper Industries (OPI) to recycle used beverage cartons. Virgin fibres from the cartons are used in the production of products such as tissue boxes.

The polyethylene and aluminium will be turned into a commodity called PolyAl, whose plastic pellets can be used in extrusion.

“We have further invested in a line going to Saudi Top Plastic,” explains Hougaard. “They will purchase the PolyAl from the OPI mill to reuse in their production.”

“You start a brand-new industry that wasn’t there before, by collecting, recycling and selling new products out of something that was otherwise just discarded,” says Hougaard.

This part of the world lacks natural tree coverage, but the use of paper and wood, and the number of cardboard manufactures in the region is huge, creating an ample business opportunity

The recycling line at OPI is expected to come online later in 2022, with a recycling rate of 8,000 tonnes annually sourced largely within Saudi Arabia.

Tetra Pak is also working with waste management firms Be’eah and Dulsco to find ways to transfer recyclable material from the UAE. There are no plans currently to open a similar line in the UAE due to the limited scale of operations.

The strength of being local

With a supply chain intrinsically dependent on global sourcing and distribution, Tetra Pak faced its share of challenges during the Covid-19 pandemic. But Hougaard says that they were able to avoid major disruptions due to their local presence and integrated supply chains. 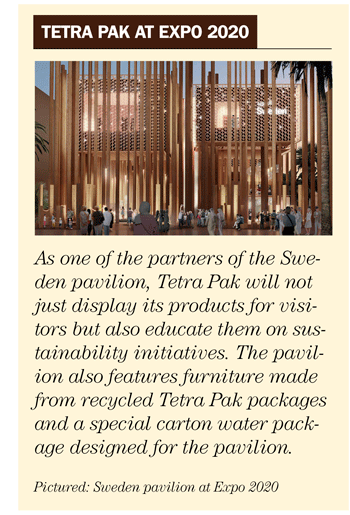 “We’ve been manufacturing locally here for 43 years, which allowed us to respond promptly [to fluctuations],” he says. “Costs in places far away from China has increased tenfold, which has made us even more grateful to have a local presence.”

He adds that the rise in sustainability-focused programmes and investments in the Middle East is creating welcome local synergies.

“It is very clear that countries including the UAE and Saudi Arabia are keen to be at the forefront when it comes to sustainability,” he says. And now that the UAE is set to host Cop28, Hougaard expects “it will further accelerate the sustainability agenda”.

The Covid-19 pandemic has prompted consumers to think more about the impact of their actions on the environment. As a result, there is a growing shift towards responsible consumption. In a survey conducted for the 2021 Tetra Pak Index, nearly 35 per cent of respondents said they are choosing brands based on their sustainability credentials more now than they did before the pandemic.

There are 46 per cent that say they have been making a greater effort to sort things properly (cartons, glass, plastic) for recycling since the pandemic, while 50 per cent say they are likely to increase recycling in the next year as part of their personal contribution to tackling climate change.

“We recognise an increasing need for food as global population levels rise,” says Hougaard. “70 per cent more food has to be carried and we realise that has to be done in a responsible, sustainable way where packaging plays an important role and we are at the centre of that role. Consumer demand is changing and we are evolving with it.” 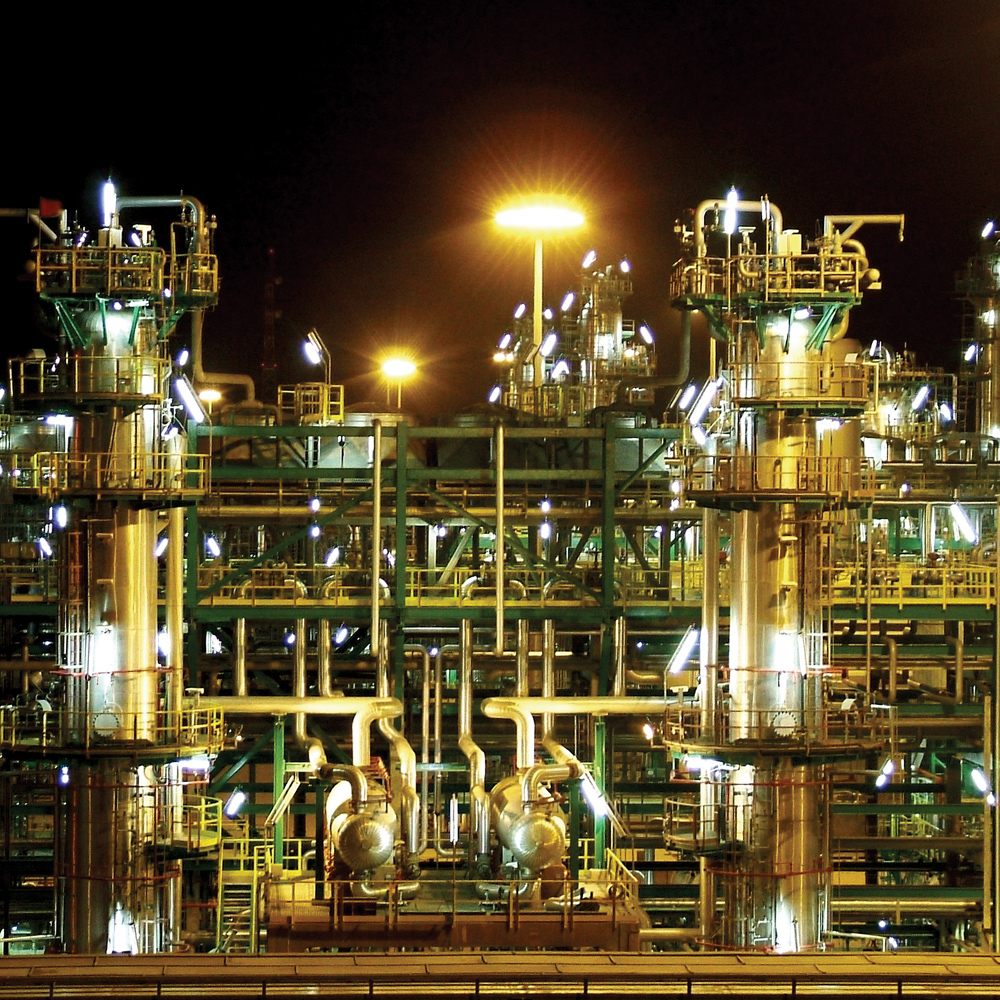