The number of Covid-19 cases in the Middle East and North Africa (Mena) region crossed 9,377,562 on 21 June, according to Worldometers data collated by MEED. Vaccination programmes are picking up in the region after pockets of delays due to global manufacturing shortages.

Saudi Arabia to provide second doses from July
Second doses of the Covid-19 vaccine will be available for everyone in Saudi Arabia from July, with the kingdom also likely to explore mixing second doses after positive results observed in other parts of the world.

“There is no need to worry about delaying the second dose for some groups of society for the public good, and the follow-up of immunity levels after the first dose of Covid-19 vaccines shows that there is no ideal period between the two doses,” Arab News reported, citing Abdullah Assiri, assistant deputy minister of preventive health.

Preventive Health Ministry spokesperson Mohammed al-Abd al-Aly said Saudi Arabia could consider administering second doses from other vaccine manufacturers after they are accredited in the country. He also refuted claims about the depletion of the Oxford-AstraZeneca vaccine in Saudi Arabia.

Effective 1 August, Saudi Arabia will ban entry to malls, and sporting and entertainment events for those who are not vaccinated against Covid-19. Proof of having taken at least one jab of the vaccine will be needed to access Saudi malls, Commerce Ministry spokesperson Abdulrahman al-Hussein said last week.

India-Dubai flights to resume
The Supreme Committee of Crisis & Disaster Management in Dubai said last week that flights for arrivals from India would be permitted to resume for valid residency visa holders from 23 June, almost two months after travel curbs were imposed due to a deadly second wave in India.

Passengers from South Africa and Nigeria were also permitted to travel to Dubai as part of the updated procedures announced on 19 June.

However, flag carrier Emirates announced shortly afterwards that flights from South Africa will remain suspended until 6 July, which the airline said in an advisory on its website is "in line with government directives that restrict the entry of travellers originating from South Africa into the UAE". Passenger flights to and from Nigeria (Lagos and Abuja) are also suspended with effect from 21 June until further notice, according to a separate advisory.

Regarding India, Emirates told local media on 19 June that it welcomed the supreme committee's decision and would resume flights in accordance with the plan.

A 20 June advisory states that Emirates will announce flight schedules and travel requirements for our customers "as soon as details are available", but as of 21 June, flights from Mumbai to Dubai appear unavailable until 6 July.

According to the supreme committee decision announced on 19 June, residence visa holders from India must have taken two doses of a vaccine approved by UAE authorities and carry RT-PCR tests reports from labs approved by the federal governments of these countries.

Indian travellers to Dubai must also take a rapid PCR test four hours prior to travel.

Kuwait to allow entry to vaccinated foreigners
Foreign nationals vaccinated with the Pfizer-BioNTech, Oxford-AstraZeneca, Moderna and Johnson&Johnson jabs will be allowed to travel to Kuwait from 1 August.

Passengers must also hold a negative PCR test conducted a maximum of 72 hours before travel, and undergo another test during a seven-day quarantine in the country.

Citizens will be allowed to travel abroad from 1 August provided they are fully vaccinated, with exceptions to be made in cases such as pregnancy. Kuwaitis were previously required to have received at least one jab to travel abroad.

Access to shopping malls, gyms and restaurants spanning more than 6,000 square metres will, from 27 June, be reserved for fully vaccinated individuals. Hospital bed shortage in Oman
Surging Covid-19 cases and its status as the Gulf’s slowest country to inoculate have led to a dearth of hospital beds in Oman.

The main Covid-19 field hospital in Muscat surpassed 90 per cent occupancy and its intensive care unit was completely full as of last week. Nabil Mohammed al-Lawatia, director of the field hospital, said the facility was receiving an average of 24 or more patients on a daily basis.

Oman reimposed a ban on the movement of people and vehicles, and ordered the closure of all public places and commercial activities, except home delivery services, from 8pm to 4am starting from 20 June until further notice.

Muscat said its supreme committee expressed “astonishment and deep concern at the indifference of some people who continue to hold gatherings for various events in stark violation of the approved procedures”.

“When the date of the [World Cup] comes, most countries of the world will have vaccinated and immunised their citizens,” Sheikh Khalid said.

“Due to the possibility that some countries will not be able to vaccinate all their citizens, Qatar will not allow fans to enter stadiums without receiving a full vaccination against the virus. We are currently negotiating with a company to provide one million vaccine doses against the coronavirus for the immunisation of those coming to the 2022 Fifa World Cup.”

Chinese company Sinovac has a contract with Cairo to localise the production of the Covid-19 vaccine in Egypt. About 2 million doses of the Sinovac vaccine are being manufactured through production lines belonging to Egyptian pharmaceutical company Vacsera as part of a wider deal with the Chinese company to produce a total of 40 million doses by the end of 2021 in Egypt.

According to local media reports, Egypt will manufacture four types of Covid-19 vaccines by the end of 2022. Head of the Chamber of Pharmaceutical Industry in Egypt, Ahmed al-Ezaby, said this includes contracts for the Sinovac jab with Vacsera, for the Sputnik-V jab with two companies, and an Egyptian vaccine from a third company after trials have been completed. Yemen receives Sinopharm vaccine doses
The UAE dispatched a plane carrying a shipment of 60,000 Covid-19 vaccine doses to war-ravaged Yemen, Chinese news outlet Xinhua reported. Emirates Red Crescent delivered the first medical aid shipment to Yemen’s island of Socotra. The first shipment, which includes doses of the Chinese Sinopharm vaccine, will be distributed with a focus on the vulnerable, the elderly and those with chronic diseases in Socotra. 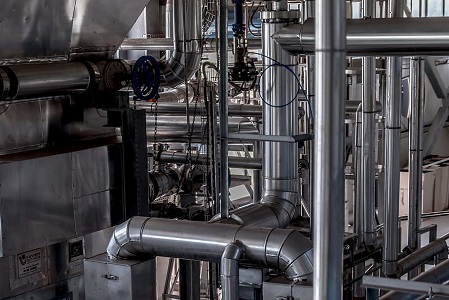