Athens-based CCC is shifting its focus to state-backed infrastructure projects as the global slowdown in real estate, and oil and gas continues

The Middle East may be witnessing political change in 2011, but the construction sector has undergone its own revolution since 2008. The real-estate sector has collapsed, the private sector has stopped investing and major energy schemes have been completed.

The name of the game is flexibility. Whoever moves fast and can adapt will come out on top

Founded in 1952, Athens-based Consolidated Contractors Company (CCC) has seen major changes in the region before, and the company’s president for engineering and construction, says flexibility is crucial when it comes to surviving change. “The name of the game is flexibility right now. Whoever moves fast and can adapt will come out on top,” says Samer Khoury.

State projects in the Middle East

CCC’s strategy for the coming two to three years is shift the focus of its business by targeting construction contracts on government-backed infrastructure schemes. “There is no doubt the credit crunch has hurt the market. The private sector is no longer investing and without projects, contractors are hungry,” says Khoury. “Governments realise this and they are the saviours.”

The Chinese are coming with a new secret weapon. Sometimes they are offering financing

Governments across the region are still keen to invest in infrastructure to provide better services and amenities for their people, and stimulate growth in their economies. “We need to find the opportunities that will let our company survive the next two or three years. In the Gulf, the three biggest areas are transport projects such as ports, airports, railways and highways, power and water, and government buildings such as schools, hospitals and universities,” says Khoury. “The fourth sector is oil and gas. This is not dead, but there is no strong growth, I would say it is stagnant.”

The three governments with the biggest spending plans are Doha, Riyadh and Abu Dhabi, where the governments still have the financial resources to pour billions of dollars of investment into new infrastructure schemes. In Qatar, there are major plans to invest more than $60bn in infrastructure ahead of the 2022 Fifa World Cup. To capitalise on these opportunities, CCC has shifted focus from working on energy projects, such as the multibillion-dollar liquefied natural gas (LNG) trains that were built over the past 15 years, to infrastructure work.

In 2008, the company won a $1.7bn contract in association with Belgium’s Six Construction to build Ras Laffan port in Qatar. This year has seen it win two contracts worth an estimated total of QR1.9bn ($522m) for the Dukhan Central road project and the F-ring road from the Public Works Authority (Ashghal), along with three contracts totalling $175m on the New Doha International airport (NDIA) project.

“We were working on QP [Qatar Petroleum] projects that were worth billions, we did not want to lose that volume, so we shifted focus to highways, the airport, and the port,” says Khoury.

In Abu Dhabi, CCC is also shifting away from oil and gas projects with traditional clients such as Abu Dhabi National Oil Company (Adnoc) and Abu Dhabi Company for Onshore Oil Operations (Adco) to work on infrastructure schemes with new clients.

In mid-2010, the company secured a $132m contract with Abu Dhabi Ports Company for infrastructure work at the emirate’s new port at Taweelah. At about the same time, it won a $490m contract to build the new presidential palace for the Presidential Affairs Ministry.

“In Abu Dhabi the main opportunities are the infrastructure projects. Adnoc and Adco still have projects, but the competition is cut throat for pricing, so we are focusing on infrastructure,” says Khoury. “We already have two big jobs and we are looking to others.”

In Saudi Arabia, CCC is taking an active role in building the $300bn of infrastructure schemes that the government is planning. It is about to complete the $2.4bn infrastructure package at Princess Noura University with local El-Seif Engineering & Construction.

This spending is expected to accelerate following announcements from King Abdullah bin Abdulaziz al-Saud in mid-March that the government will spend a further $93bn as part of measures to prevent political unrest in the kingdom.

The shift to infrastructure will change the way that CCC operates. For its work in the oil and gas sector, the company has traditionally worked as a sub-contractor to one of the major international engineering firms. For infrastructure projects, it works as a main contractor directly for the client or developer.

Working directly for the client does have benefits. “The plus is dealing directly with the client and you are the master of your own destiny. Being a sub-contractor if the engineering firm delays, has a problem with payment or has an issue with the client you are at the back of the queue and you have to suffer with them,” says Khoury.

The challenge is funding. Contractors often have to wait for months to get paid on government infrastructure projects, whereas on oil and gas schemes the payments are made on time at the end of every month. “For government contracts, the issue is payment,” says Khoury. “You have to have a high financial leveraging capability to fund your project.”

Financing in the region has been strained since the onset of the global financial crisis. “Even though we have worked with our banks for many years, they are more cautious, not because of our group performance, but because of the performance in the industry as a whole,” says Khoury.

Growing competition is another challenge for established regional players such as CCC. Over the past decade waves of construction companies from the Far East have come to the Middle East looking for work, and many are prepared to compete aggressively to win it. “We have seen the South Koreans, the Chinese and the Indians. The Koreans are very aggressive. They are coming with very low prices. The Chinese are coming with a new secret weapon. Sometimes they are offering financing,” says Khoury. “They are global businesses and this is a long-term trend. My philosophy is that you have to join them. We have to learn to work with them or compete against them.”

CCC is now forming consortiums with Asian companies for upcoming tenders. For Aqaba port in Jordan, the company is finalising a consortium with a Chinese company. In Yemen, CCC is planning to bid in joint venture with a Chinese partner for a 400-kilometre highway project.

In Iraq and Saudi Arabia, CCC is looking for work in joint venture with Indian companies, and in Kuwait, it has partnered with South Korean firms.

As CCC looks to the future, some issues from the past remain. Like most contractors in the region, the firm was working in Dubai and has experienced payment issues from Dubai government-related entities.

Khoury says that although payments have not been made in full, the company is not affected as badly as some of its competitors are. “We were lucky. We didn’t have that many jobs in Dubai. We had 5 to 10 per cent of our turnover from Dubai,” says Khoury. “We had three major clients, Emaar [Properties] for Dubai Mall, Nakheel for Jumeirah Heights and Sama Dubai for the Salam Yiti resort in Oman.

“Each one is a different animal and we are handling them separately. We are negotiating terms, we have finalised a deal with Nakheel, the others are still pending. We will get it, but it is going to take time.”

Outside the Middle East, CCC’s international expansion is continuing. The diversification away from the Middle East is aimed at protecting the company from the cyclical nature of the market, so that growth in one region can offset a dip in another. “We made a decision to be international rather than regional because our market is cyclical. We started in Africa 30 years ago, then 10 years ago we went to the CIS countries and recently we have gone to Australia,” says Khoury.

“It is not by chance. We have been planning to be in these three locations because of the oil and gas. Our clients who work with us in the Gulf want us to be with them in other markets because they know we perform.”

By shifting to government infrastructure projects in the Middle East and the ongoing development of its international business, CCC believes it is well-placed to navigate the uncertainty that most expect in 2011-12. For the longer term, Khoury says the younger generations will play a crucial role, just as they have in the recent protests across the region.

CCC has a new emphasis on training, more specifically, training locals in each country that it operates to give young people opportunities and help overcome the large unemployment figures found across the Arab world.

“In our organisation and the Arab world, you have to listen to what the younger generation wants. You then have to ask what does this mean for your business?” says Khoury.

“We used to listen to the old guys only. If we bring in young people, let them take the load, they will drive the change in the future.” 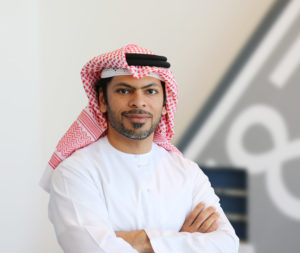