The number of Covid-19 cases in the Middle East and North Africa (Mena) region crossed 14,903,639 on 22 November, according to Worldometers data collated by MEED. 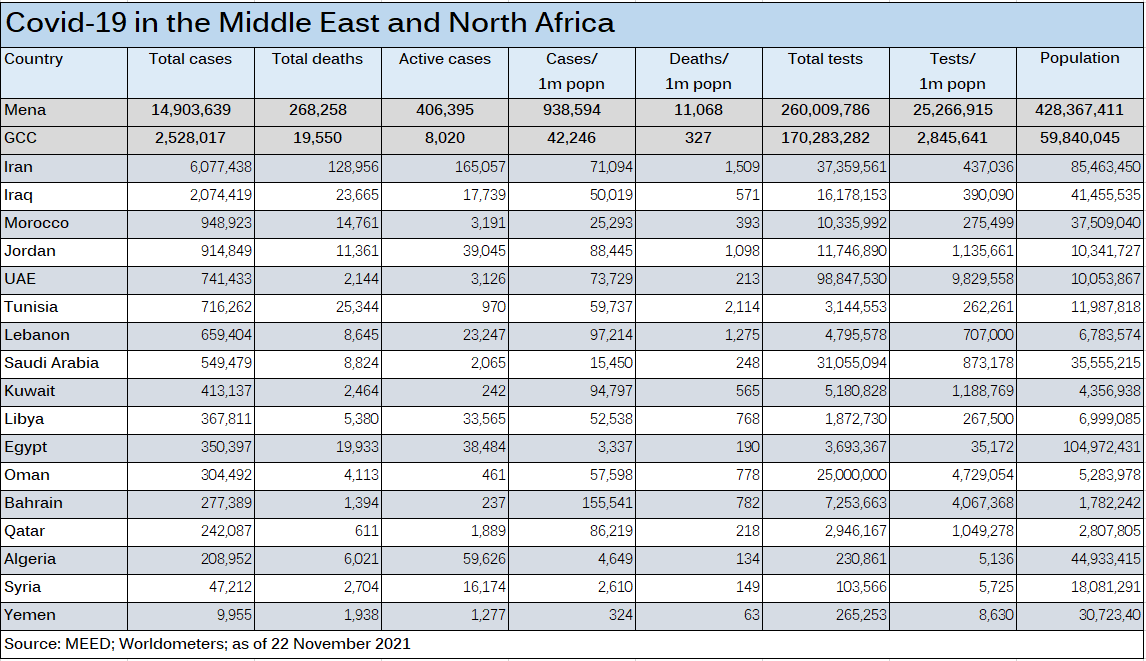 Since 15 November, 88,557 new cases have been reported in the 17 Mena countries tracked by MEED.

Jordan’s rate of weekly new cases was 2.55 per cent on 22 November as a third wave grips the country, while Syria’s weekly growth rate was slightly over 2 per cent.

Bahrain
Bahrain's Information & E-Government Authority has signed a memorandum of understanding with the Saudi Data & Artificial Intelligence Authority to launch a health passport for citizens and residents travelling between the two countries. The document is expected to help streamline traffic on King Fahd causeway.

Manama has also approved the emergency use of AstraZeneca’s anti-Covid drug EvoShield, which will be limited to adults suffering from immuno-deficiencies or taking immuno-suppressants, as well as individuals in high-risk jobs.

Qatar
The first batch of the Pfizer-BioNTech vaccine for children aged 5-11 years will arrive in Qatar in January, local media has reported. 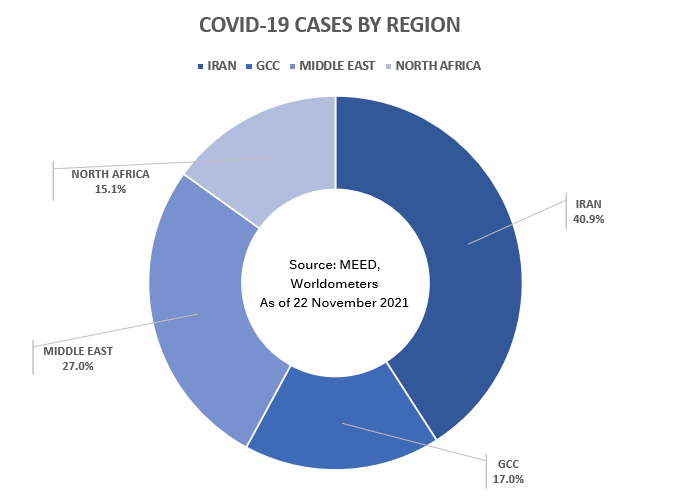 Iran
Spikogen, the vaccine developed by Iran in collaboration with Australia, has received emergency use authorisation and will be rolled out to the public soon. The manufacturer has delivered 6 million doses of Spikogen to Iran’s Health Ministry. The vaccine is reportedly 87 per cent effective, and third phase trials have been completed for the jab.

Iraq
More than 1.2 million doses of the Pfizer-BioNTech vaccine were delivered to Iraq under the Covax programme on 20 November. Iraq is expected to enter a fourth wave of Covid-19, potentially with a new variant of the coronavirus, Saif al-Badr, the Iraqi Health Ministry’s spokesperson, told state TV. 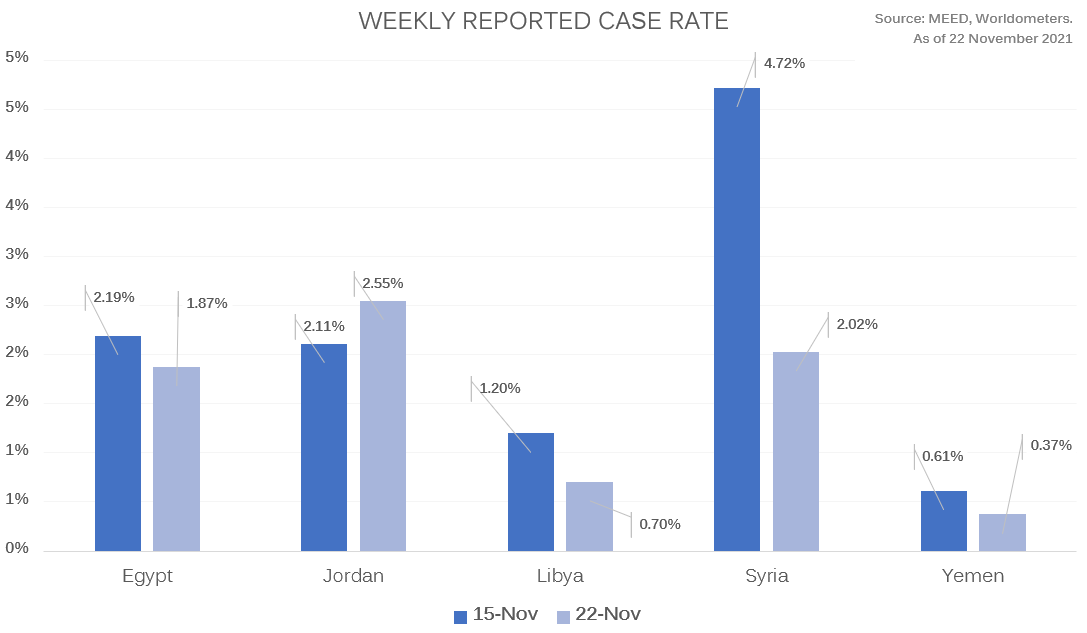 Jordan
Jordan has ordered 1 million doses of the Pfizer-BioNTech vaccine and expects deliveries in installments between the end of January and early February, Health Minister Nazir Obeidat has said. Vaccines against Covid-19 is mandatory to issue or renew work permits and residency documents for foreign workers in the country. Amman plans to make vaccines available to more than 20 per cent of its 11 million-strong population as it faces a third wave of Covid-19.

The Health Ministry’s secretary for epidemics, Adel al-Balbisi, said on 21 November that hospital accommodation capacity does not present a serious concern, with about 30 per cent occupancy at present, but encouraged Jordanians to get vaccinated to contend with the new wave of infections.

Syria
The Health Ministry in Syria received a new batch with unspecified quantities of the Sinopharm vaccine from China last week. Damascus has also received 144,000 doses of the Oxford-AstraZeneca vaccine as the first shipment from doses pledged to Covax by Greece. 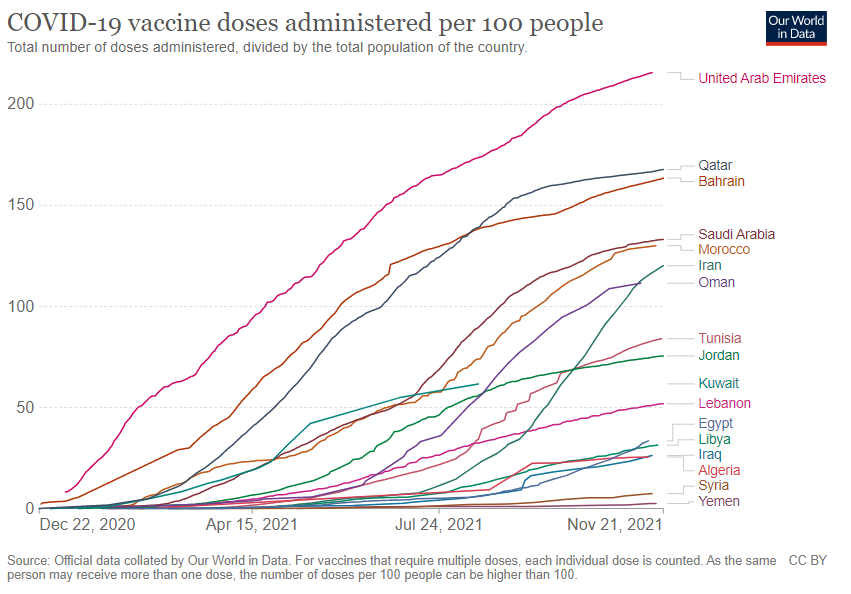