Kuwait stays in the background

While most of its GCC neighbours pursue military strategies against terrorist groups, Kuwait prefers to continue in its role as a mediator, keeping firmly to the middle ground

On 8 October, reports emerged that Canada will use Kuwait as a base for air strikes against the Islamic State in Iraq and Syria (Isis), as part of a broad international coalition fighting the terrorist group. The country is sending six CF-18 fighter-bombers, a refuelling plane, two surveillance planes and 600-700 personnel to a base in the country. A reconnaissance team is already on the ground to prepare for the arrival of the aircraft, according to a statement by Canadas defence minister, Rob Nicholson.

The choice of Kuwait is not surprising. It shares a 240-kilometre border with Iraq and has several land bases at which US military personnel are stationed, and which are used as forward bases for military forces from the UK, Australia, Romania and Poland. Its naval base is host to the US Fifth Fleet.

Perhaps more striking is that Kuwaits role in the international coalition has been so limited. Denmark is flying F-16 Fighting Falcons from Kuwait, but France is using the UAE as a base for its Rafael fighters; the UK is flying Tornado jets from Cyprus; Belgium and the Netherlands are using Jordan as a base; and US air forces are split across two ships and a host of countries including the UAE.

When the Middle East formed its own coalition in support of airstrikes against Isis, the five countries to sign up were Saudi Arabia, Qatar, Jordan, Bahrain and the UAE. Among the six members of the GCC, only Kuwait and Oman were absent. Kuwaits non-participation is not for a lack of aircraft; its airforce includes 35 McDonnell Douglas F/A-18 Hornet fighters.

They are worried about Isis and they are saying all the right things, but when it comes to committing assets, they prefer to stay in the background, says Pete Moore, associate professor of political science at Case Western Reserve University in the US. The first time that the GCC used [its military umbrella] Peninsula Shield, in Bahrain in 2011, Kuwait only sent a medical unit, and even that was controversial.

Kuwaits decision to play a low-key role in the attacks against Isis is thoroughly in keeping with its recent strategy in almost every foreign policy arena: a strategy of keeping firmly to the middle ground.

In Syria, Kuwait declined to arm opposition forces fighting the regime of President Bashar al-Assad, but was in the vanguard of international efforts to rally donor funding and provide humanitarian aid. In Egypt, it has provided financial support to President Abdul Fattah al-Sisi, but did not follow the lead of Saudi Arabia and the UAE in declaring his Muslim Brotherhood opponents a terrorist organisation. Despite the antipathy of Sunni regimes elsewhere in the Gulf to Shia-led governments in Iran and Iraq, Kuwait has strived to maintain a good relationship with them both.

Within the GCC, the state has sought to soothe a fractious relationship between Saudi Arabia, the UAE and Bahrain on one hand and Qatar on the other. For much of the past year, Doha has been in the firing line for its alleged support of opponents of Al- Assad in Syria, the Brotherhood movement in Egypt, and Houthi rebels in Yemen, as well as for what is perceived as an overly accommodating attitude towards Iran.

In November, Kuwaits Emir Sheikh Sabah al-Ahmad al-Jaber al-Sabah met in Riyadh with his Qatari counterpart, Emir Sheikh Tamim bin Hamad al-Thani, and Saudi Arabias King Abdullah bin Abdulaziz al-Saud in an attempt to iron out their differences. The three agreed on a range of principles including: the severing of GCC ties with the Brotherhood; the end of broadcast privileges for Sheikh Yusef al-Qaradawi, the controversial Egyptian head of the International Union of Muslim Scholars, who was being given regular airtime by Qatars Al-Jazeera television station; and the restriction of the movement of Iranian operatives within the GCC. The following month, the agreement was adopted by the GCC at a meeting in Kuwait.

It is not the first time that Kuwait has taken on a moderator role. It has historically pursued this role of regional mediator, says Lori Boghardt, a fellow in Gulf politics at The Washington Institute. You can understand it as typical behaviour for a very small and vulnerable state surrounded by three huge neighbours: Iran; Iraq; and Saudi Arabia.

Not long ago, it was Qatar that was claiming the limelight as a regional mediator, maintaining good relations with Iran, Israel and Hamas, and convening talks on conflicts from Gaza and Lebanon to Darfur and Yemen. But Dohas support for the failed democratic experiment in Egypt in 2012-13 and the breakdown in its relationship with its GCC neighbours has left it struggling to play an international role that has long caused resentment in Riyadh.

Kuwait is perhaps looking to reassert itself as the key mediator in the region and is trying to compete with Qatar and the UAE, says Boghardt.

The countrys foreign policy is dictated not only by its minnow status, but also by domestic concerns. Kuwaiti politics is far more open than that of its GCC neighbours, and it has a stronger civil society, a vocal parliament and more tolerance of sectarian differences. This affects the way it operates on the domestic scene and overseas, says Kristin Diwan, assistant professor of comparative and regional studies at the American University School of International Service, speaking from Kuwait City.

Since the popular uprisings across much of the Middle East three years ago, Kuwaits leaders have been even more sensitive to the differing agendas of the countrys various constituencies. The country was not immune to the wave of demands for greater representation that swept the region in 2011. In order to face down the largest street protests in Kuwaits history, the ruling family expanded its support base to include many urban Shias.

Since 2011, the constant political crises have left the ruling family a lot weaker, says Diwan. A lot of families that were loyal to the royal family, including some Brotherhood and Salafi groups, have shifted to the opposition, leaving it more reliant on the Shia minority.

The fear of inflaming domestic political tensions still further has also made Kuwaits rulers more careful to respect the interests of the Sunni majority. Kuwait didnt go along with the claim that the Brotherhood is a terrorist organisation because they have well-established, integrated Brotherhood and Salafi movements of their own, says Moore. These are among the most prominent business communities in the country.

This delicate political balance has demanded a nuanced approach to the Isis threat. The government has passed anti-money laundering legislation to criminalise terror financing and has assembled an 80-member team to pursue Isis members. In September, it arrested several suspected Isis operatives, and it is keeping tabs on another 134, according to press reports. But there is also evidence to suggest money is still being smuggled to both Isis and the Al-Qaeda-linked Jabhat al-Nusra Front, and that the government is turning a blind eye to private financing of other rebel groups in Syria.

Kuwait doesnt want to be tagged as supporting terrorists, but it is wary of clamping down too hard because the Salafis are so powerful, says Boghardt. It has been on the brink of crisis after crisis, and some feel that cracking down on this funding would break the camels back.

It is these same political and security issues that dictate Kuwaits moderate policy in Iran and Iraq. Despite accusations of Iranian spies operating in Kuwait, they have made statements to the effect that they need to have decent relations with Iran, says Diwan. They are also frightened by what is happening in Iraq. They are not happy to see unrest there, so they are trying play a helpful role. They dont want to get involved in the sharp sectarian language of other GCC members.

Kuwaits strategy of pursuing a middle route through the crises that are engulfing the region is crucial to preserving political stability within its borders. But whether the country is strong enough to have a moderating influence on its fellow GCC members is another matter.

Despite the apparent progress in mending the Saudi-Qatar relationship late last year, it has been far from plain sailing since. In March, Qatar declined to fall in with its neighbours condemnation of the Brotherhood, and Saudi Arabia, the UAE and Bahrain withdrew their ambassadors from Doha. Emir Sheikh Sabah intervened again to mediate, and a new accord was reached in Riyadh in April. But the flames of the dispute were fanned once more over the summer, when the International Union of Muslim Scholars issued a statement referring to the Egyptian governments persecution of the Brotherhood as a massacre, butchery and a holocaust carried out by coup leaders.

A decision by the Brotherhood in September to shift its headquarters from Doha may help to soothe the strained relationship, and the GCCs united front against Isis is a sign of some renewed coherence within the organisation. However, for all its efforts, Kuwait has appeared out its depth.

Kuwait has had some role in helping Qatar and Saudi Arabia settle their differences, but it is still an outlying player in the GCC and Im not sure how much influence it can have, says Thomas Lippman, adjunct scholar at the Middle East Institute in Washington.

The concern for the country is that despite its attempts to play a role in GCC diplomacy, there are forces that are beyond its control. There are a whole load of scenarios that the Kuwaitis are worried about, says Moore. They have to be concerned that they dont know where they are going and they are not in the driving seat. 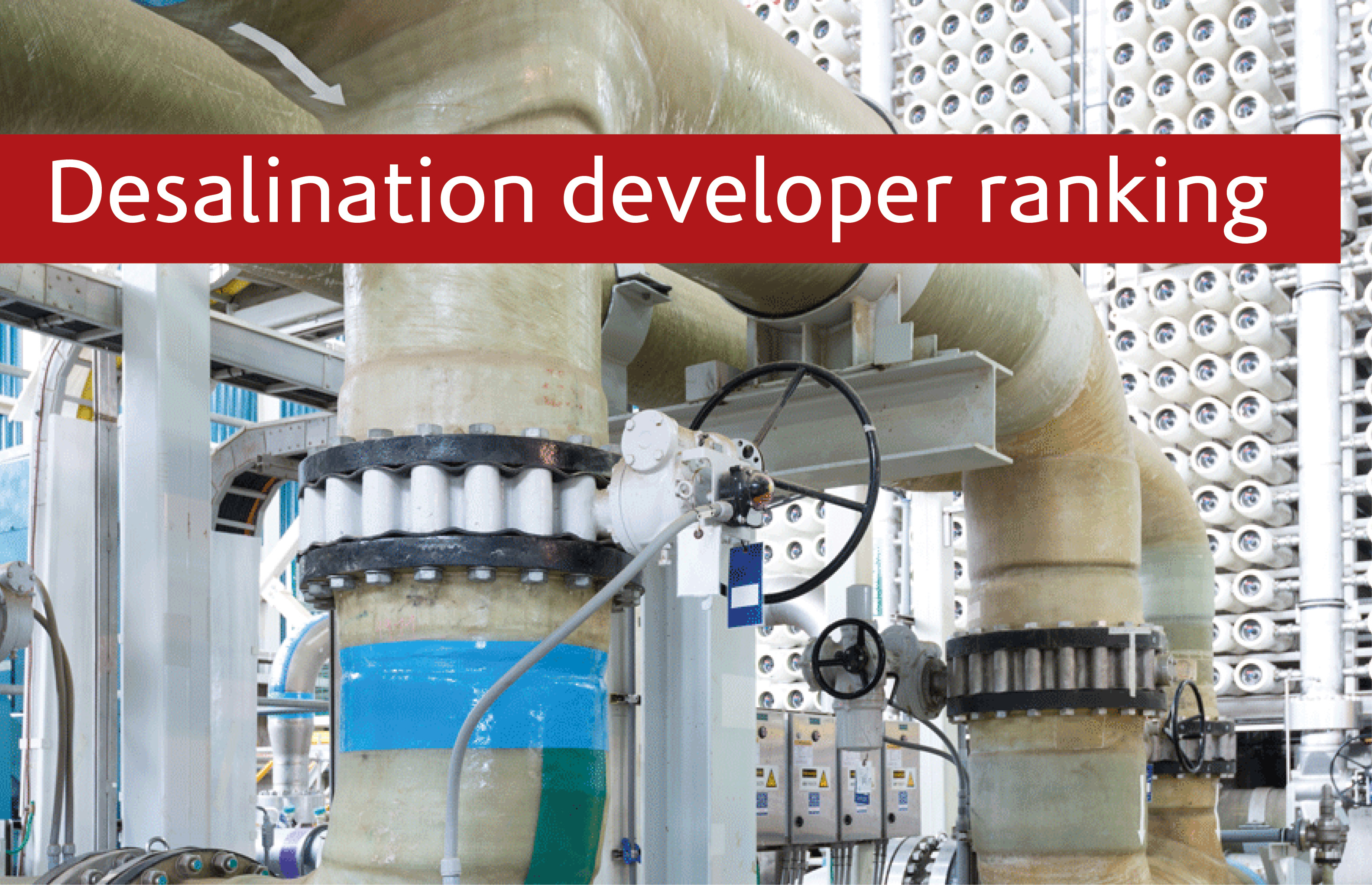