Mohammed Sharaf on why DP World is going public

Much is riding on DP World’s stock market listing, but nothing will stand in the way of its global expansion plans.

From the 47th floor of Dubai’s Emirates Towers, Mohammed Sharaf has a bird’s eye view of Dubai International Financial Centre. Through his window, the DP World chief executive officer can see the entire 110-acre site, which is home to the Dubai International Financial Exchange (DIFX). The bourse will be the venue for DP World’s eagerly anticipated listing on 26 November.

The sale of 20 per cent of the company’s shares is already under way. If they are bought at the top end of the price range, the initial public offering (IPO) will raise $4.32bn, making it the largest ever issue in the region, surpassing Saudi Telecom’s benchmark $4.1bn IPO in 2003.

The outcome of the book building process, a pricing mechanism that is still fairly novel to the region, will be announced on 20 November.

But DP World will not benefit from the IPO, at least not financially. None of the capital proceeds of the offering will come directly to the company. Most will be used to pay off the debts of its former parent company, Ports, Customs & Free Zone (PCFC), which has an outstanding sukuk (Islamic bond).

“The issue is not the money,” says Sharaf. “It is a way to repay the sukuk.”

Speculation about a DP World floatation has dogged management since PCFC listed the partially convertible, $3.5bn sukuk on the DIFX in January 2006. It matures in January 2008 and 30 per cent can be redeemed as DP World shares. PCFC will receive 83 per cent of the IPO proceeds, with the remainder going to DP World’s parent company, Port & Free Zone World, itself part of Dubai World.

Although it will receive no boost in capital from the sale, the IPO will raise the profile of DP World, which is pursuing a global expansion plan to double its capacity to 90 million 20-foot-equivalent units (TEUs) in the next 10 years. It already operates 42 terminals in 22 countries across six continents, making it the fourth-largest port operator in the world.

Although it is only in its third year of doing business, DP World has already established itself as a global brand, thanks to its $6.8bn acquisition of UK port and ferry operator P&O in March 2006. The purchase included ports in the US and lit a political firestorm in Washington, during which US officials questioned the Middle East company’s ability to ensure the security of US strategic assets. The episode is a notorious example of the sensitivities involved in investing overseas. But it thrust the company and Dubai into the international spotlight, where both have remained.

“In the end it worked in our favour,” says Sharaf. “We took a business-minded approach and pulled out [of P&O’s US assets]. It was in the best interests of everyone to focus on business instead of getting into a political war. We did what we needed to do. The timing was not right. It was a [Congressional] election year and people took advantage.”

The listing of a blue-chip, Dubai government-owned company on the DIFX is overdue. The exchange has never attracted significant volumes of trading since it launched in 2005. In becoming the first company to list shares only on the DIFX, unsupported by a secondary listing on a more liquid exchange, Sharaf is leading the company down an unmapped path.

“DP World has been known to take bold steps,” he says. “There has been no pressure to IPO and list on the DIFX. We are an independent company. We are allowed to own and operate our business as a commercial entity. We have no plans to list elsewhere. We are focused on the DIFX.”

For previous issuers, listing on the DIFX has not always been a positive experience. Kingdom Hotel Investments is one of eight equities on the exchange and the only primary stock. Sarmad Zok, its chief executive officer, says its share price has suffered because of the low level of trading activity on the bourse.

Expectations are high, however, that investor interest in the DP World listing can resurrect the exchange. The bourse is promoting the company as an anchor listing and the first of several government-related companies to come. Emirates Airline and property developer Nakheel are likely to follow.

Sharaf is well aware of the responsibility resting on the company. “The IPO will activate the capital markets,” says Sharaf. “With the exception of the capital markets in Dubai, every-thing else has grown. It is important to the economy of Dubai and we are part of the same marketplace. If it will help Dubai, it will help all of us.”

DP World was formed in September 2005 from the merger of the Dubai Ports Authority, which is responsible for the ports at Rashid and Jebel Ali, and Dubai Ports International, which manages terminals in the wider Middle East, India and Europe. The company’s hybrid global and local identity is reflected in the share offering, which is open to both inter-national institutions and UAE residents.

The proportion allocated to individual investors has yet to be determined and there has been scepticism about how much demand there will be. But the offering includes a retail portion, reflecting an expectation that local investors will be able to profit from the sale of the government-related company.

“We are a home-grown Dubai company,” says Sharaf. “We felt it was fair that we share the success of the company [among local investors]. We are very strong here in the UAE. We cannot say that now we are a global company Dubai is not important. We are part of this economy and community.”

By opting to list on the offshore DIFX, the company has avoided restricting itself to local investors. “The Dubai Financial Market is a local market and we are a global operator,” he says.

DP World is pursuing 10 greenfield projects and 13 expansion schemes. They include the $670m acquisition in October of a 90 per cent stake in Egyptian Container Handling Company, which operates Sokhna container terminal.

It is also investing $500m to build a 2 million-TEU terminal at Qingdao in eastern China, while in India it is building the country’s largest terminal near Kochi, in the southwest. It is also leading a consortium for a new terminal at Rotterdam and is planning to expand sites at London, Jeddah, Djibouti and Jebel Ali.

In early November, Sharaf embarked on a whistle-stop tour to meet potential investors, taking in Saudi Arabia, the UK, Germany and the US. In the case of markets such as India, where the company is prohibited from promoting the offering, Sharaf is meeting investors in Dubai.

Sharaf himself is no stranger to the US. He has a degree in business administration from the University of Arizona and started his career in the shipping business at the Hook of Holland terminal in the Port Authority of New York & New Jersey.

US investors are familiar with DP World too. When the company issued a $1.75bn, 30-year fixed-rate note in July, as part of its $5bn euro medium-term note programme, the highest demand came from US investors. “We are looking for long-term investors and the US has them,” says Sharaf.

The proceeds of both the conventional bond and a 10-year, $1.5bn sukuk issued in July were used to finance the acquisitions of P&O and CSX World Terminals.

The company will continue to finance its projects individually on a non-recourse basis, weathering the recent credit market volatility, which has pushed up the cost of borrowing. It takes on an average of four projects a year, despite rising contractor costs.

“The cost of development is not cheap,” says Sharaf. “You are talking about $100m, as infrastructure is expensive. But it is long term and it pays off. Costs have risen over the past couple of years but we can control it through our relationships [with contractors and vendors] and our buying power.”

The company reported post-tax profits of $454m for the first half of 2007, and $705m for the whole of 2006. The Far East is its biggest source of revenues. Throughput in the first half of the year was 20.3 million TEUs, up 23 per cent on the same period in 2006. More than 75 per cent was origin and destination traffic.

“The world economy and trade is growing, and 90 per cent of trade is on water,” says Sharaf. “We are focusing on the fastest-growing markets in the Far East, Europe and Africa, and are looking at opportunities in Latin America. At any given time, we are reviewing 20-25 projects. There is nowhere we will not go.”

The board has never rejected a project put to it, Sharaf says, but the company will not invest unless it can control the target operation. “As an operator, we do not get into something that we cannot run,” he explains.

Other than P&O’s US ports, the only assets DP World has sold have been those it could not operate, such as P&O’s terminal in Colombo.

The company’s course is set. The listing and the growth in the number of shareholders from one to many thousands will not affect its plans, says Sharaf. “I will have to meet with the new investors more than once. But our business model and strategy will not change.”

Azizi in talks to buy more land in Dubai 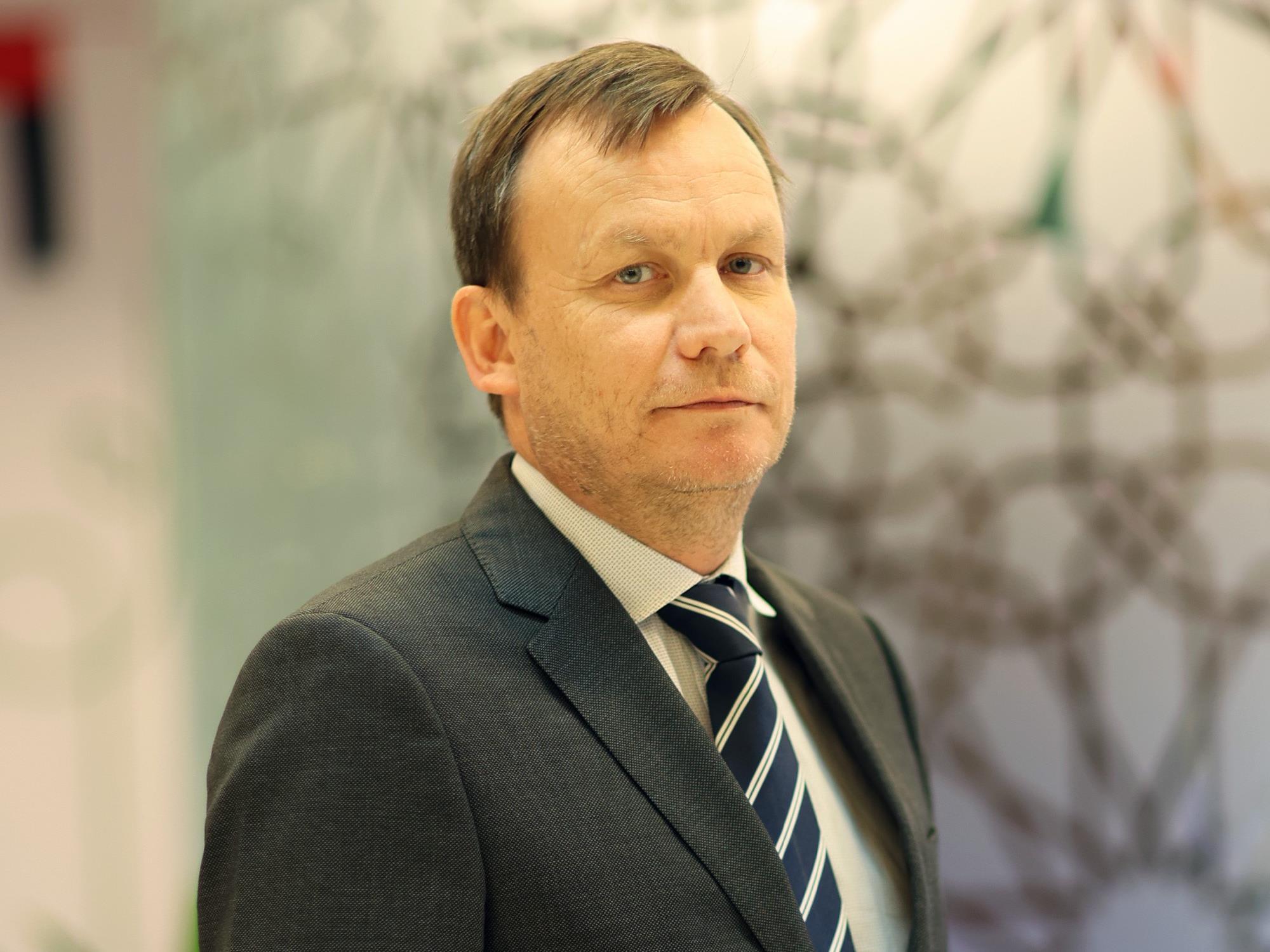 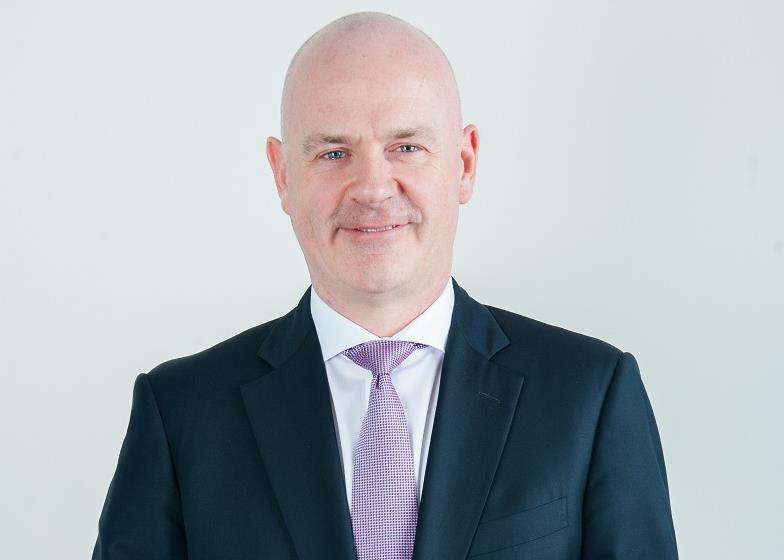 Energy transition is a once-in-a-lifetime opportunity