The renewables body has also increased the 2023 clean energy target almost threefold to 27.3GW, from the previous target of 9.5GW.

According to a presentation document dated 9 January, the new 2030 target will involve the development of 40GW of photovoltaic (PV) solar capacity, 16GW of wind capacity and 2.7GW of concentrated solar power (CSP) capacity.

The revised five-year target of 27.3GW is set to involve the development of 20GW of PV capacity, 7GW of wind capacity and 300MW of CSP.

Repdo is planning to tender 12 solar projects with a total capacity of 2,225MW and a wind project with a capacity of 850MW in 2019.

MEED reported in November that a consortium led by local developer Acwa Power had reached financial close for the 300MW Sakaka PV independent power project (IPP), the first project under the kingdom’s National Renewable Energy Programme (NREP). The NREP, announced in 2016, had set out a target for 3.45GW of renewable energy to be developed by 2020, and for 9.5GW of renewable energy capacity to be established by 2023.

The first round of the NREP, which included the Sakaka PV project and a 400MW wind project, was launched in February 2017. Repdo was established in 2017 to oversee the NREP.

In March 2018, Riyadh announced it had signed an agreement with Japan’s Softbank to develop 200GW of solar energy throughout Saudi Arabia, as part of a $200bn investment programme.

Saudi Arabia, through the PIF, signed agreements to invest up to $100bn in a technology fund, called the Softbank Vision Fund, with SoftBank in October 2016. 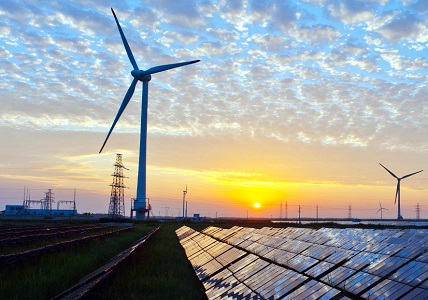