Tim Clark, President, Emirates Airline on Airbuses and the environment

23 November 2007 By MEED Editorial
While other carriers in the region struggle, Dubai-based Emirates is on track to become the world’s biggest airline.

Global aviation has become accustomed to headline-grabbing aircraft orders from Emirates, the Dubai-based carrier. Even so, the order announced on the first morning of the 10th Dubai Airshow on 11 November was astonishing.

The airline signed contracts for 120 Airbus A350s and 11 A380s, accounting for almost half of the European manufacturer’s total of 297 orders for the week. With 12 Boeing 777-300s thrown in, the cost of its orders came to $34.9bn at list prices - the largest in the company’s history. Although total sales for the show topped $100bn, no one came close to matching the size of the order for the rest of the airshow.

Speaking to MEED, Tim Clark, the airline’s president, defends the company’s strategy. “We would not buy the planes if we thought we could not fill them,” he says, rejecting the concerns of some in the industry that the expansion plans of the big Gulf carriers could be hit by overcapacity.

“Meticulous planning goes into all of this,” he adds. “The commercial deals we do with the aircraft manufacturers is the last part of an enormous study that goes into whatever route, or whatever strategy it is. So when we map out buying those planes and their use, we know exactly where we will be flying them in five years’ time. And do not forget 58 of our aircraft are going to be retired by the time these planes are delivered in 2014 and will be replaced by those A350s. We have absolutely no problem filling those planes top to bottom.”

Having joined Emirates soon after its launch in 1985 and being appointed president 10 years later, British-born Clark has every reason to be confident. Working with vice-chairman and group president Maurice Flanagan, and with the support of chairman Sheikh Ahmed bin Saeed al-Maktoum and the Dubai government, Clark has taken the airline into the world’s elite.

From a small base, the Middle East is now the fastest growing region in world aviation. But even with powerful players such as Etihad and Qatar Airways on its doorstep, Emirates remains way ahead of the regional competition.

The company aims to become the world’s biggest airline by 2015, a target that seems certain to be met.

“It would be trite of me to say it but I am going to: we are not overly concerned about competition,” says Clark. “Why? When we formed this airline 22 years ago we already had 90 carriers here in an open-skies environment.

“We had to build our business in that environment, so it is not something that worries us. We have got Etihad, there is Qatar Airways, we have got Oman that is rebuilding now, having broken the link with Gulf Air, and is buying wide body aircraft. But we will continue to fill our planes regardless.”

Meanwhile, speculation over a forthcoming flotation of the company is rife. At a press conference to present its accord with Airbus, questions repeatedly returned to the possibility of an initial public offering (IPO). Clark has previously suggested that an IPO would value the company at $20-30bn, raising as much as $9bn towards the cost of the carrier’s new aircraft.

Comments by Sheikh Ahmed during the air show suggest a visit to the market is being given serious consideration and may be no more than three years away. Following the flotation of DP World, due on 26 November, the listing of another of Dubai’s international giants would give the local stock markets another welcome boost.

Clark appears disinterested in the question of how the company’s planes will be financed, his lack of concern reflecting the airline’s financial strength.

“These planes are not being delivered until 2014, so there is plenty of time to think about how to pay for them,” he says. “Raising finance has never been a problem. We will look at the usual avenues, maybe issue a bond, but we have a strong balance sheet, of which a large part is cash. It is not an issue giving us sleepless nights.”

The company’s financial position is certainly formidable. For the year to 31 March, the airline made a net profit of $844m. In the first half of the current year, the business returned a profit of $643m, a 99 per cent increase year on year.

Compared with its competitors in the region, these figures are remarkable. In September, the International Air Transport Association slashed its estimates for 2007 profits for all Middle East carriers from $500m to $200m. Set against the $844m produced by Emirates, these figures suggest the rest of the region is cumulatively in excess of $600m in the red, with the Dubai-based carrier single-handedly dragging Middle East aviation into profit.

Clark says Emirates is keen to work with its two main rivals, Etihad and Qatar, to liberalise the airspace over the Gulf and reduce costs (MEED 16:11:07).

All three carriers have immense leverage in their respective countries and Clark is keen for this to be used for their mutual benefit, uniting the Gulf’s fragmented airspace into one flight information region (FIR).

“We might be able to use the pressure of the national carriers to come together to form one FIR, with one aerospace control centre doing the job for us so we can all grow our business irrespective of competitive forces,” he says. The UAE government would look favourably on further collaboration between Emirates and Etihad, he adds.

While some work in IT and data-sharing between the two UAE carriers is already in place, Clark says procurement and supply-chain synergies, and other commercial opportunities, are being explored.

“It makes sense that in areas that do not conflict for reasons of competitive pressures or brand mix-up, that perhaps we could do something together - bearing in mind that this whole country is getting closer to all the component parts in the federation acting as one solid, single unit,” he says.

Two issues appear to cloud Clark’s otherwise positive outlook: the growing clamour against the airlines by the environmental lobby and the associated problem of oil costing $100 a barrel at a time of huge demand and unprecedented growth.

The comments have not helped Emirates’ desire to cultivate a reputation for environmental probity. Here was the evidence, campaigners claimed, that the aviation industry’s fine words about carbon emissions were merely that.

Asked for his own review of the film, Clark laughs and dodges the question, but launches a passionate defence of his colleague and the company.

"I will say this: Emirates is as environmentally concerned as the next person and we have a track record of concern for the environment,” he says. “Personal opinions are personal opinions, and I do struggle with some of the scientific data that has been introduced to the debate on whether the climate is warming, cooling or neutral.”

Clark claims that through its efforts to improve fuel efficiency and reduce noise levels, and introducing renewable materials to its aircraft, the aviation industry is already addressing these concerns. But he says the industry has not received sufficient credit for what it has done. He admits these improvements were made with the purpose of improving technical performance and not with the environment in mind.

“I am extremely concerned about the way we are pillaging our planet, and we must do better,” he says. “But we are probably a model for how the industry has become attuned to environmental concerns without actually knowing they were doing it. We should look at how aero-space has done the job where others have not. That is why he [Flanagan] gets upset about it.”

“My mission is to try to persuade all sorts of people that the airlines are not as bad as they think we are, but they have an awful lot to offer in terms of the environment. Give us a chance instead of demonising us. This is why Maurice [Flanagan], who is a 50-year veteran of the industry, sees his whole career being trashed by people who really do not know the facts.”

On the subject of oil, Clark concedes that the impact of $100 a barrel is “anybody’s guess”.

“I was concerned $100 would be the tipping point, but I am not so sure at the moment,” he says. “I have never seen the global economy so resilient as it is today, despite the credit crunch. Propensities to spend and to save have changed since I did economics 35 years ago. Demand for air travel is continuing to grow and we have full aircraft.”

Clark is well aware that there will always be those who seek to undermine Emirates’ success. The accusation that the company receives fuel subsidies is one that has never gone away, no matter how many times it is vehemently denied and the business is scrutinised. When the company does eventually float, it is an issue that should be resolved once and for all in its prospectus.

Clark emphasises that Emirates has nothing to hide. The company’s real subsidy, he says, is simply its location - the geographic position of Dubai and the zeal of its ruler, Sheikh Mohammed bin Rashid al-Maktoum, in making the city a global hub of modern commerce with the airline. The accusations will come and go but the company’s rise in the industry appears inexorable.

“He [Sheikh Mohammed] said these are the rules: never ask us for money, do not ask for subsidies, do not ask for protection from competition, do not ask me to guarantee your loans,” says Clark. “That has been ingrained in our business model from the early days. It is the basis of everything we do.” 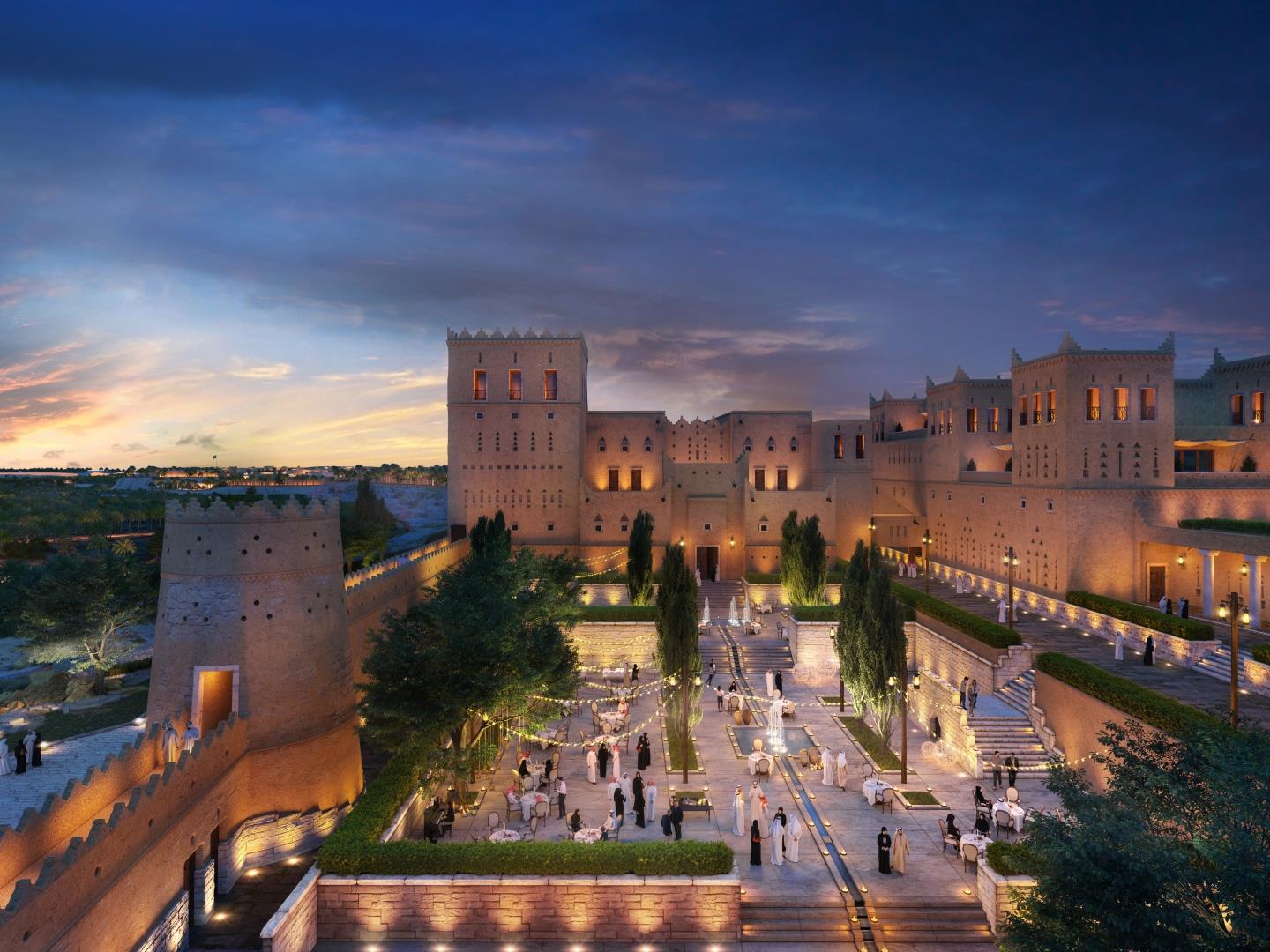 A chance to reinvent working

Head of Hill optimistic amid adversity