30 August 2021 By MEED Editorial
The pressing issue of food and water security in arid regions requires a revolution extending from grassroots to government. A potential solution lies in sand

Data from the United Nations suggests that nearly 1.8 billion people will live in countries or regions with absolute water scarcity by 2025.

This projection is particularly concerning for the Middle East and North Africa (Mena), where only 5 per cent of the total land area is arable. The dry climate necessitates irrigation for about 40 per cent of this arable land, with little scope for sustainable food and water security.

To address these limitations, the UAE has developed a resilient supply chain of imports, which accounts for nearly 80 per cent of its food consumption. A portion of imports is even re-exported to neighbouring countries in the region. 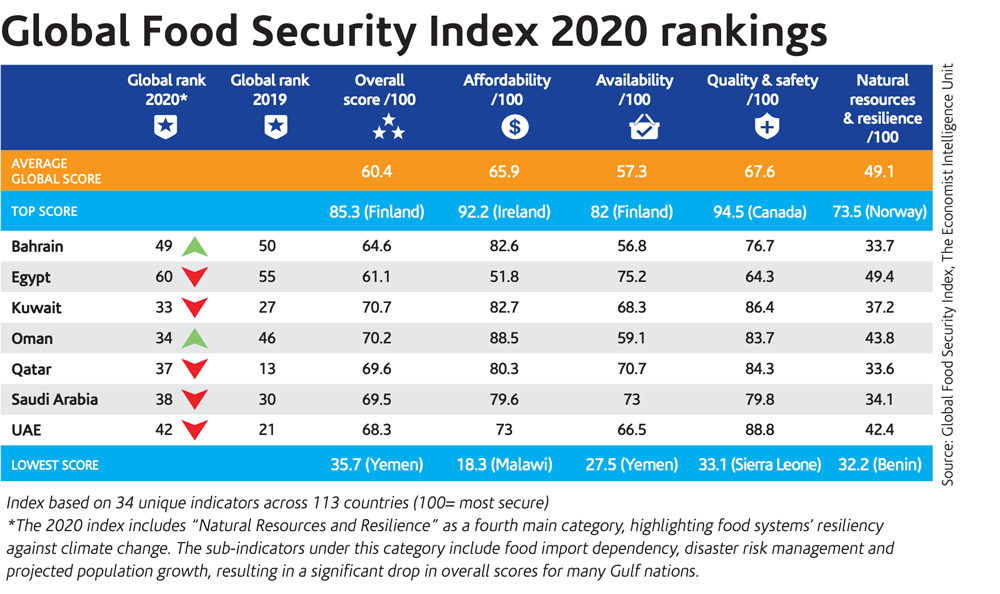 However, a nagging question remains, despite these time-tested arrangements: Is it viable to develop a long-term dependency on global supply chains, especially for something as basic as food?

Taking into consideration the disruption in world trade in the wake of the Covid-19 pandemic, even the most ardent proponent of globalisation would think twice.

The UAE government is not taking the issue lightly and has already deliberated on the possible solutions to reduce this dependency.

In a meeting held in August 2020, Sheikh Mohammed bin Rashid al-Maktoum, Vice President and Prime Minister of the UAE and Ruler of Dubai, stressed the need to expand local capabilities to reinforce food and water security, with directives to "monitor the national reserves, invest in food technologies, establish international partnerships and implement practical solutions".

It is important to note Sheikh Mohammed's emphasis on implementing "practical solutions". Responding to the unique geographical and climate challenges inherent to the deserts of the UAE will demand proactive human intervention and innovations that establish long-term abundance, instead of expedient, short-term measures.

Back to the roots

To give credit where due, the UAE has trialled a range of tech-centric options to enhance its agricultural productivity, including vertical farming and cloud seeding. Horticulture subsets such as hydroponics and aquaponics have produced promising, if limited, results as well.

The UAE cloud seeding programme, which began in 2010, has produced particularly apparent results. But the consequent flooding in January 2020 was a reminder that the capacity to harvest and store this artificial precipitation was lagging, further underscoring "practicality".

However, water is only one half of the challenge.

Local food production in the UAE will eventually fail or succeed on the back of soil, or rather, topsoil.

Data from the United Nations suggests that nearly 1.8 billion people will live in countries or regions with absolute water scarcity by 2025

Agricultural productivity boils down to the properties of topsoil – by definition, no more than a few precious inches that are dominated by sand, across most of the UAE’s land mass. This is perhaps where the proverbial buck stops, for any effort to ‘green the desert’.

If arid and semi-arid regions have something to offer in abundance, it is sand. Its intrinsic properties, however, negate agricultural productivity.

But what if sand can be augmented to meet plant requirements? Plant roots require air permeability and water to perform their natural function. If sand properties can be tweaked to allow free passage of air while retaining water, plants can grow just as easily as in soil.

One such use case can be found in the Ulan Buh Desert, located in Bayannur City in North China's Inner Mongolia autonomous region. This territory is considered to be one of the world’s driest deserts, where temperatures can go as high as 57 degrees Celsius.

The rationale here is the ability of aerated sand to allow ideal air circulation, which is conducive to better respiratory function in plants, ultimately leading to better productivity.

Agricultural productivity boils down to the properties of topsoil – by definition, no more than a few precious inches that are dominated by sand, across most of the UAE’s land mass

This is made possible by a proprietary technology that makes the sand ‘breathable’, while allowing sufficient water to be retained near plant roots where it is needed the most.

Over several years, this aerated sand technology has proven to sustain water for much longer periods than conventional farming, eliminating the need for constant irrigation.

With this approach, the UN estimation of 40 per cent of arable land in the Mena region requiring irrigation could be reduced drastically.

Based on years of research and successful results, we have found that for a patch of land made up of aerated sand, the irrigation requirement could drop by nearly 80 per cent. This is truly consequential in a region as plagued by water scarcity as the UAE.

Understanding food production in the GCC

Productivity can be achieved with or without additives such as fertilisers and other supplements, which translates to reduced on-going expenses and enhanced sustainability.

The Al-Ajban farms in Abu Dhabi are of historic significance to the UAE’s food security. But over recent decades, salinisation of soil has increased the farmlands’ dependency on desalination plants for irrigation. And these plants come with a high carbon footprint tag, thus undermining the nation’s larger green energy goals.

Recent application of the breathable ‘magic sand’ in Al-Ajban has shown good results, despite the harsh weather conditions and soil salinity. Crops grown using the technology range from various pulses – which include mung beans, black eye beans and peanuts – to vegetables – eggplant, tomatoes and chillies – as well as mango, lemon and orange orchards. We used little to no fertilisers and reduced water requirement by 70-80 per cent on average.

However, true water security requires much more than reduced irrigation needs. Breathable sand can also be used to build reservoirs capable of storing fresh water for up to seven years, without the need for energy inputs.

Over several years, this aerated sand technology has proven to sustain water for much longer periods than conventional farming, eliminating the need for constant irrigation

In conjunction with cloud seeding, this application has the potential to harvest the additional precipitation, and give the UAE a dependable new source of water, for non-agricultural use.

Policymakers across the world are focusing heavily on being self-reliant in the post-Covid world. Achieving higher food productivity for every drop of water will be crucial for nations such as the UAE to reduce their dependence on external sources of food and on energy-intensive sources of water.

The UAE has made significant headway in its innovation-driven strategy to boost its food and water security – evident from its 10-place leap to rank 21st on the Global Food Security Index.

This remarkable feat comes merely two years after Mariam Hareb Almheiri, the UAE minister of state for food security, launched an ambitious project to achieve the highest rank on the index by 2051. This quest for ascendency could gain further impetus when an increase in food production and water storage are anchored in changing the properties of the UAE’s abundant desert sand. 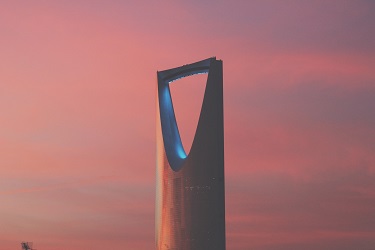