Saudi Arabia’s plans to create a domestic car production industry received a major boost in December, when it was announced that the UK’s Jaguar Land Rover (JLR), part of India’s Tata Group, intended to establish a $1.2bn facility in the kingdom. The proposal involves production of 50,000 Land Rovers a year by 2017. It is another step forward for the government, which is seeking to bring in other original equipment manufacturers (OEMs) to underpin the creation of a car industry, producing more than 500,000 vehicles a year.

“Without trying to export well beyond the GCC or the Middle East and North Africa region, there is a critical size that needs to be achieved,” says Didier Vigouroux, vice-president of the automotive cluster under Saudi Arabia’s National Industrial Clusters Development Programme. “Within 10-15 years, with probably four to six OEMs, we will reach a level we think is relatively sustainable, which could be about half a million cars a year or slightly more.”

Although discussions between JLR and Riyadh remain at the feasibility stage, the firm has confirmed it is exploring opportunities related to aluminium component production. This would capitalise on the construction of the $10.8bn Ras al-Khair aluminium complex being built by Saudi Arabian Mining Company (Maaden) and the US’ Alcoa. The 740,000 tonne-a-year smelter has already entered the commissioning phase, and a rolling mill, which will include automotive sheeting among its planned products, is due to open in 2014.

“Aluminium plays a significant role in JLR’s future plans and aluminium will eventually be produced at the lowest costs in the GCC thanks to cheap energy, so it makes a lot of sense from that standpoint,” says Vigouroux.

Since the 1980s, the world’s leading automobile manufacturers have been seeking to replace heavy iron and steel car components with lighter aluminium in a bid to lower the fuel consumption of their vehicles. However, the downside to these plans is that aluminium is more expensive than steel. “For the average car, aluminium content was 3 per cent in 1975 and this is going to be 20 per cent in 2025,” says Thomas Goettle, automotive expert at the UK’s PA Consulting Group. “Steel was 75 per cent of a car in 1975 and this will go down to 40 per cent.”

Top-of-the-range automobile brands also contain much more aluminium than the average vehicle. “Jaguar is now the most aluminium-intensive carmaker in the world and there is a lot of aluminium already in Land Rover products,” says Garel Rhys, president of the Centre for Automotive Industry Research at Cardiff University in the UK, and a leading authority on the global automotive industry. “All the recent growth at JLR is due to Land Rover and these are the products likely to be made in Saudi Arabia.”

Apart from the advantage of accessing low-cost aluminium, the production of JLR vehicles in Saudi Arabia could also help stimulate sales in the region. The growth rate for the company in the Middle East is 9 per cent but, like other European manufacturers, its sales in the kingdom are small compared to Asian and US car producers. In 2011, JLR sold 1,254 vehicles in Saudi Arabia, which pales in comparison with figures from Japan’s Toyota, which sold 247,929 vehicles during the same year, taking 40 per cent of the total market. South Korea’s Hyundai had the second-highest volumes, with 18.7 per cent market share.

As a niche producer, JLR may not be seeking to achieve major volumes, but analysts say it will certainly be keen to sell more of its luxury products in the GCC. “This could become a centre for them to target world markets, perhaps with vehicles that are complementary to their range in the UK,” says Rhys.

Saudi Arabia’s ambition of producing 500,000-600,000 cars a year could potentially satisfy most of its domestic demand. “Some 400,000 new cars were sold in Saudi Arabia over the first seven months of 2012, an increase of 16 per cent year-on-year, indicating full-year sales of about 700,000 units,” says Goettle. “The forecast for 2015 sees overall new vehicle sales at 1 million units a year.”

Should other manufacturers decide to join JLR in setting up production facilities they will be invited to bring with them some of their supply chain. Emerging automotive industries usually start with an assembly-only facility, known in the business as a CKD (Completely Knocked-Down) operation. Car parts are imported and rebuilt in a basic assembly facility, before moving into local production over a longer period. However, Vigouroux says this only really works for countries with high import barriers. “This is not the case with the Saudi or GCC markets,” he says. “There is only 5 per cent entry duty for foreign cars, so it is almost nothing. Consequently, it is not that easy to be competitive locally by just assembling parts that you import. So it forces us to go quicker to the localisation of a certain number of suppliers.”

To achieve this, the automotive cluster is encouraging OEMs to bring in their own supplier network. “Those suppliers are typically better motivated to follow the OEM than some other supplier that has never worked with them,” says Vigouroux. “That is what is going to happen with JLR and the other OEMs.”

Particular focus will be given to local production of bulkier items that are costly to import in order to save on shipping costs, as well as the production of steel, aluminium, plastics and glass, which can all be produced cost-effectively in the kingdom. Tyres, seats, cabling, batteries, oil filters, body panels and other components are all understood to be targeted for local production.

To ensure the success of the local manufacturing sector, the market must be able to support it. Experts say a sensible approach would be for Saudi Arabia and JLR to focus on some key components that could both be used domestically and exported, with other components such as engines being imported. “You would have big clusters around the world of optimum-sized operations and Saudi Arabia would be part of that complex,” says Rhys.

Along with the supply chain, there are other factors that need to be considered to facilitate the creation of a new automotive industry. According to Goettle, there are five main criteria that must be present to ensure success. These include innovation and technical readiness; the market size and gross domestic product; the labour market and management capability; infrastructure, supplier network and material resources; and finally the financial set-up, such as access to loans and the level of import duties. “If you look at the five criteria, right now in the kingdom there are gaps in innovation, the labour market and the infrastructure and supplier network,” he says. “On the upside, it has a good market size and strong financials.”

To address its shortcomings in terms of innovation and technical readiness, Saudi Arabia has been investing heavily in research and development at a university level. This has resulted in the creation of at least two prototype cars. King Saud University unveiled the ‘Ghazal’ in June 2010, which is a sports utility vehicle designed to withstand the harsh driving conditions of the desert. It is targeting an initial local production of 20,000 units a year. The same year, King Abdulaziz City for Science & Technology announced a new saloon car called the ‘Aseelah’. It is targeting production of 2,000-5,000 cars a year, which will be sold for about $13,000.

Analysts say this is a good sign for the fledgling Saudi automotive sector. “It does show companies that there could be a pool of people trained in these skills if they decided at some stage to delegate design or parts of the design to these markets,” says Rhys. “They are building up this coterie of skills that does help in the longer term to attract automobile manufacturers to a country.”

In another major achievement for the sector, December saw the inauguration of a 25,000-vehicle assembly facility in Dammam. Japan’s Isuzu Motors and Saudi Industrial Property Authority (Modon) developed the $100m, 120,000-square-metre integrated factory to build trucks and cars. The plant will support 800 jobs and export 40 per cent of its production, when it becomes fully operational in 2017. It is planned to produce 600 trucks in the first year, starting with the production of medium-duty trucks before extending the model line-up to heavy and light-duty trucks. Isuzu sold 11,000 commercial vehicles in Saudi Arabia in 2011, and the figure for 2012 is estimated at 14,000.

Production of 500,000-600,000 units a year would put Saudi Arabia alongside countries such as Belgium, Poland, South Africa and Malaysia in terms of total output. Regionally, only Egypt and Iran have successful automotive industries, but the former’s production numbers are small, with only 69,000 manufactured in 2011. Iran, meanwhile, is forecast to produce 1.6 million vehicles in 2013 and is ranked 16th in terms of global production.

For now, Riyadh is continuing its negotiations with OEMs and the government is offering incentives to entice major manufacturers into the kingdom. These are expected to vary depending on the company and the project, but include financial support through loans and access to venture capital, customs duty exemption on raw material imports and research and innovation grants. Of course, any such measures must be compliant with World Trade Organisation regulations.

Rhys warns that incentives must be carefully considered. “There is nothing like competition to make you competitive,” he says. “There is some justification for short-term help, but after that if you keep providing that help, a car company will never be sustainable.”

Within the next 10-15 years, Saudi Arabia aims to produce about half a million cars a year

Increasing the bankability of the UAE’s industries 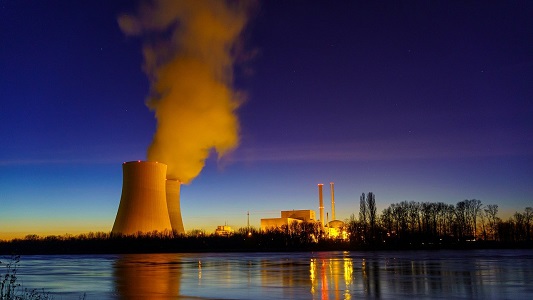