The number of Covid-19 cases in the Middle East and North Africa (Mena) region crossed 14,263,310 on 11 October, according to Worldometers data collated by MEED. 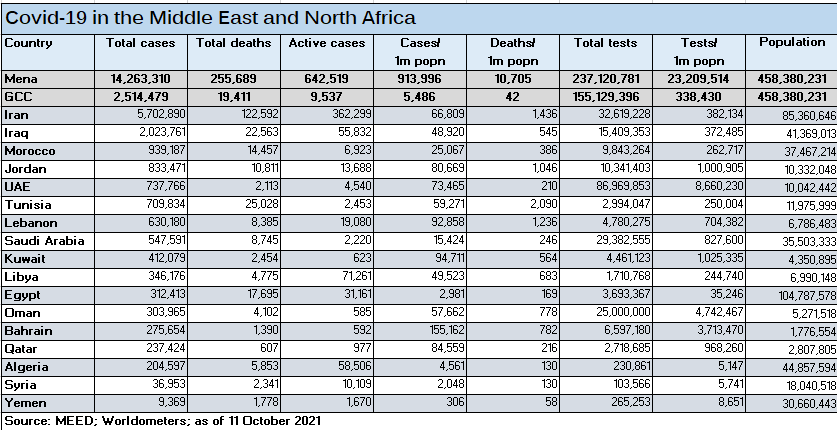 Since 4 October, 125,536 new cases have been reported in the 17 Mena countries tracked by MEED.

The rate of weekly case growth slowed to 0.89 per cent from last week’s rate of 1.02 per cent.

These figures indicate a slowing of Covid-19 infections in the region. In Iran, the growth rate slowed from 5.9 per cent on 4 October to 1.4 per cent on 11 October, while Libya’s weekly rate slowed to 1.27 per cent from 2.29 per cent.

Saudi Arabia
Visitors to the two holy mosques in Mecca and Medina must be fully vaccinated against Covid-19 in line with new directives issued by the kingdom’s Ministry of Hajj and Umrah. Permits to perform the pilgrimages will only be granted to people who have received two doses of a Covid-19 vaccine approved in Saudi Arabia.

The interior ministry also announced last week that students and faculty members and teachers at colleges, schools, universities and vocational and technical institutes would be allowed direct entry into the kingdom even if they are travelling from countries facing a travel ban in Saudi Arabia. Unvaccinated individuals, however, must remain in institutional quarantine upon arrival. 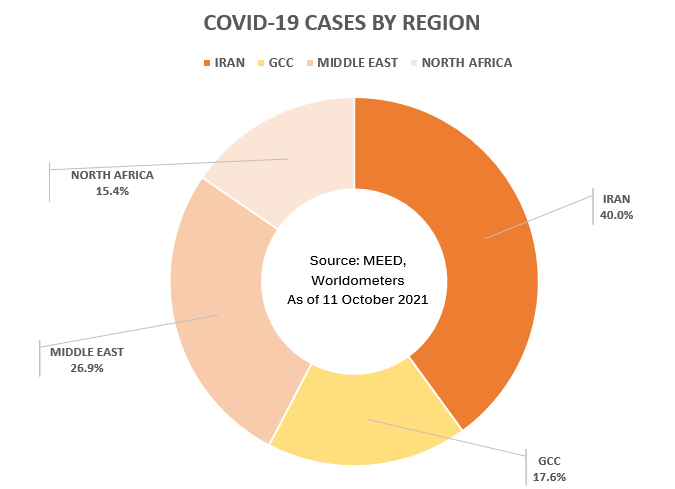 UAE
Abu Dhabi plans to ease Covid-19 safety measures in line with vaccination rates at schools. The Blue Schools initiative will be launched in the second term of the academic year. It will allow schools with higher vaccination rates to gradually reduce social distancing, mask-wearing and capacity restrictions, and resume extra-curricular activities and field trips.

Iran
Tehran and Moscow have agreed to speed up the delivery of the Russian-made Sputnik V vaccine to Iran. They will continue to study the possibility of localising its production in the Middle Eastern country. Russian Foreign Minister Segey Lavrov said a contract had been signed to initiate the delivery of the vaccine.

Egypt
Negotiations are ongoing to manufacture the US-made Moderna vaccine at the Vacsera factories in Egypt, Health Minister Hala Zayed said last week. Zayed also revealed that Egypt has received the first batch of the Pfizer-BioNTech vaccine through the Covax alliance. The shipment comprises 1.6 million doses. Egypt is expected to receive a total of 8 million doses of Moderna and Pfizer-BioNTech jabs through the US’ support. 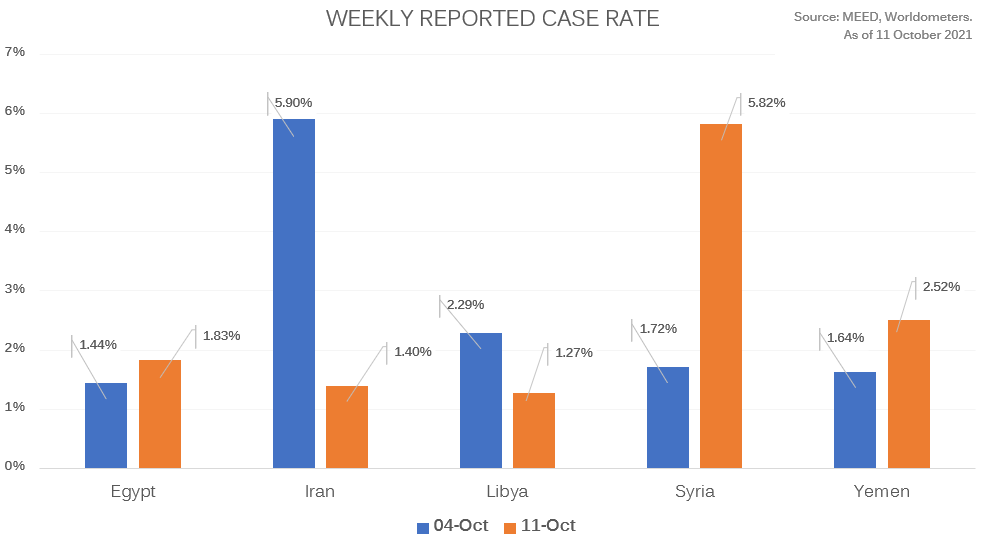 Morocco
Rabat has launched a campaign to provide booster shots of Covid-19 vaccines to individuals who received their second shot at least six months ago. Immunocompromised individuals and healthcare workers are understood to have begun receiving the third dose. 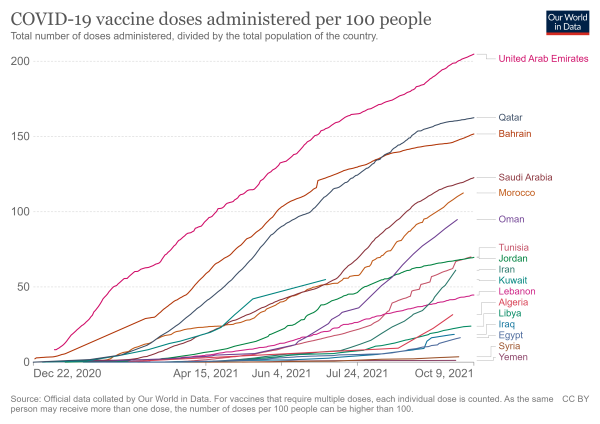