The number of Covid-19 cases in the Middle East and North Africa (Mena) region crossed 13,995,228 on 27 September, according to Worldometers data collated by MEED. 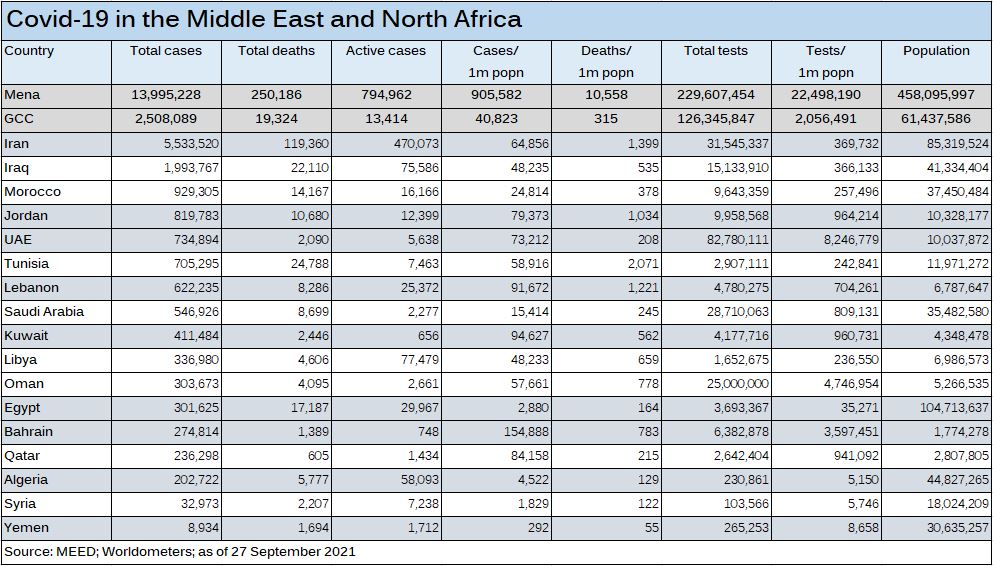 Since 20 September, 171,242 new cases have been reported in the 17 Mena countries tracked by MEED.

The rate of weekly case growth slowed to 1.24 per cent from last week’s rate of 1.58 per cent.

Syria, Yemen and Iran remain the countries with the highest number of new cases this week, with growth rates of 7.3 per cent, 3 per cent and 2 per cent, respectively.

Saudi Arabia
People aged 60 and over will get a booster shot of the Covid-19 vaccine eight months after receiving their second dose, Mohammed al-Abd al-Aly, spokesperson for the Saudi Health Ministry, said. Booster shots are already being administered to high-risk individuals, including those with chronic kidney failure and organ transplants.

UAE
New Al-Hosn green pass rules have taken effect in Abu Dhabi. Fully vaccinated individuals will hold a green status as long as they take a PCR test every 30 days. People who received their second dose of the Sinopharm vaccine more than six months ago must take a booster shot to maintain their green status.

In Dubai, the economy is expected to expand by 3.1 per cent in 2021, driven by policy measures to mitigate the impact of Covid-19. The city’s Department of Economic Development forecasted Dubai’s GDP would grow by 3.4 per cent in 2022.

Bahrain
Manama is mulling plans to double its value-added tax (VAT) rate to 10 per cent to boost state revenues in the post-pandemic economy. Bloomberg cited an unnamed government official stating stimulus spending introduced by the state, including doubling the liquidity support fund to BD200m ($530m) and loan deferrals backed by the central bank, are helping the Bahraini economy get back on track after the pandemic.

If the VAT hike proceeds, Bahrain will have the second-highest tax rate in the GCC after Saudi Arabia’s 15 per cent rate.

Mosques have also reopened at 50 per cent capacity for Friday prayers in the sultanate after they were halted in March 2020. 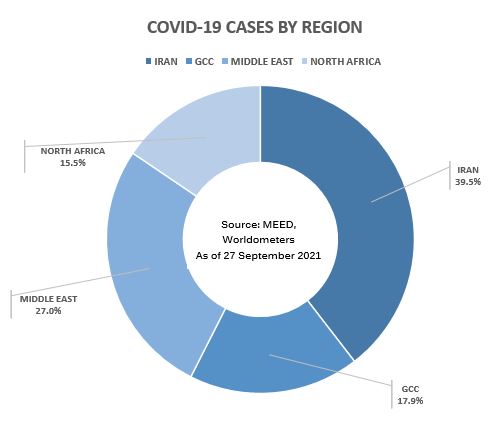 Kuwait
The cost of a PCR test in Kuwait has been reduced to KD14, while the price of an antibody test has been lowered to KD3. The move coincides with the resumption of the new school year in Kuwait and a steady decline in infections. Booster shots have also been approved for people aged over 60, healthcare workers and immunocompromised individuals. Jabs will be given six months after the second dose.

Pfizer-BioNTech’s and Johnson & Johnson’s vaccines have also been licensed for emergency use in the country and will be allowed to be imported, Seyed Heidar Mohammadi, deputy head of the Food and Drug Administration, announced on 22 September.

“A contract is being prepared for the import of 2 million doses of Pfizer-BioNTech’s vaccines from Belgium over the next one to two months, provided that there are no international problems with currency transfer,” he added according to local media.

“The Johnson & Johnson vaccine, manufactured in Germany, is also awaiting the finalisation of international agreements. The country of origin has promised up to 5 million doses.” 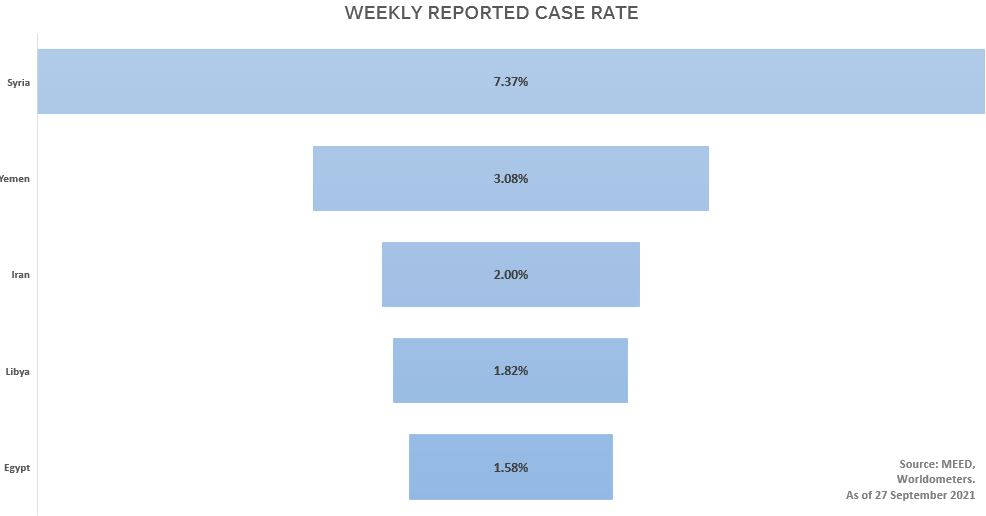 Zayed said later in the week that the Egypt-made Sinovac jab has been accredited in 12 European countries, and the Arab country had recently received enough raw material to ensure its production reaches 80 million by the end of 2021.

In the past week, the Russian Direct Investment Fund also confirmed that Cairo had approved the single-component Sputnik Light vaccine for use in the Arab country.

The Greek government, meanwhile, shipped 250,000 doses of the Oxford-AstraZeneca jab to Egypt.

Tunisia
President Kais Saied said on 24 September that the curfew between midnight and 5am in place since March 2020 will be lifted, but vaccine certifications are mandatory for public events. The latter decision covers demonstrations, public and private activities, and local media reported gatherings in open and closed places.

Algeria
Health Minister Abderrahmane Benbouzid said last week that 50 per cent of the 20 million-strong group of individuals targeted for vaccination in Algeria had received the jab. The ministry is calling on citizens to ensure they follow through with their second dose appointments for the Sputnik V vaccine. A batch of 206,000 doses of the Russian coronavirus vaccine arrived in Algeria on 21 September.

Syria
Covid-19 is spreading across northwest Syria “at an alarming rate”, according to Sherine Ibrahim, country director in Turkey of humanitarian organisation Care. “Approximately 11 per cent of these newly registered cases reside in overcrowded displacement camps. We are extremely concerned that the combination of low vaccination rates, limited health staff and facilities and continued vaccine hesitancy will result in more suffering for the people of the northwest.”

More than 350,000 doses of Covid-19 vaccines were delivered across the border from Turkey, marking the largest shipment into the northwest to date. 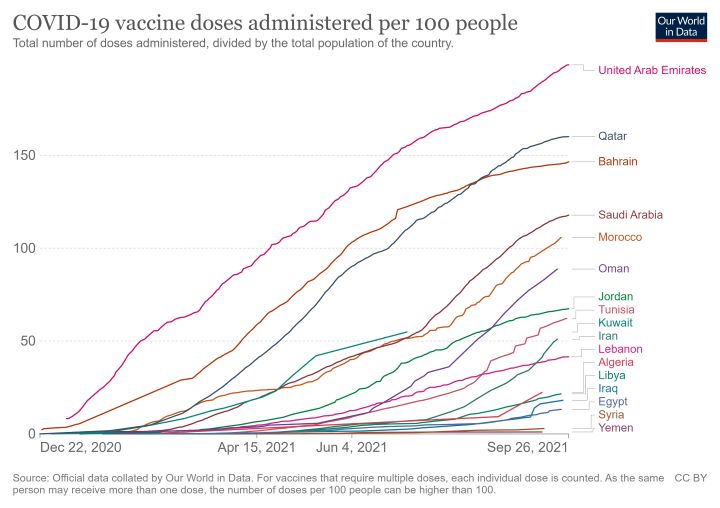