The 2 December could be the most important day in the Middle East’s sporting history. Football’s governing body Fifa is set announce the host nations for the World Cup in 2018 and 2022.

It is the 2022 tournament that has captured the imagination of the region, as Qatar bids to become the first country in the Middle East to host the world’s biggest sporting event.

Doha’s bid to host the tournament faces stiff competition from Europe, Asia, Australia and the US. England, Belgium-Netherlands, Russia, Spain-Portugal and the US have all submitted bids for both the 2018 and 2022 World Cups. Australia, Japan, South Korea and Qatar have bid for 2022 only.

Optimism in Doha is running high after Fifa delegates concluded a three-day site visit of the Gulf state on 16 September.

“The inspection went well. The inspection team commented on how organised and professional the bid team presented the bid, and everything went according to the plan,” says Nasser al-Khater, communications director, Qatar 2022 Bid Committee.

Doha sees hosting the World Cup as an important step towards achieving the ambitious targets set out in the country’s 2030 Vision that aims to diversify the country’s economy away from its dependence on oil and gas reserves.

“We hope that hosting an event like the World Cup will be a catalyst for expanding the tourism industry, which will be a great boost for the economy, and Qatar’s diversification plans,” says Hassan al-Thawadi, chief executive officer of Qatar 2022 Bid Committee.

Sport is a key component of Doha’s tourism development plans, and the emirate has been spending heavily in recent years to position itself as a hub for international sports.

In 2006, Qatar spent $2.8bn on new stadiums and sports centres to host the Asian Games. The Asian Cup football finals will be held in Qatar in January 2011. Doha also hosts an ATP tennis tournament and the Qatar Masters golf tournament annually.

But the World Cup is a much larger undertaking. Approximately 400,000 travelled to South Africa for this year’s tournament. Fifa has stipulated that host nations must provide 12 stadiums with minimum capacities of 40,000 for group matches and a minimum of 60,000 hotel rooms.

Qatar is prepared to put money behind its bid. The world’s biggest liquefied natural gas (LNG) exporter has pledged to spend more than $50bn on developing its sporting facilities and infrastructure over the next 12 years in order to meet Fifa’s criteria for a host nation.

If the Gulf state is awarded the right to host the tournament, the planned infrastructure development programme could result in a cash bonanza for the region’s work-starved construction sector.

“We get the feeling that there is a plan A and a plan B in Doha right now. Plan A is Qatar winning the right to host the World Cup and everything they want to build gets built. Plan B means reviewing plans and deciding what actually needs to be built,” says a contractor based in Doha.

Qatar has unveiled designs for eight of the nine new stadiums planned to be built if the bid is successful. These range in capacity from 43,500-47,500. Officials say that four of these, the Al-Wakrah, Al-Khor, Education City and Sports City stadiums will be built regardless of whether Qatar is awarded the World Cup.

Despite having a population that currently only stands at around 1.6 million people, Qatar has stressed that the expensive stadiums planned will not be dormant after the tournament. All of the proposed new stadiums will have temporary sections that will be dismantled and moved to developing countries after the event.

It is not just stadiums that Qatar will need if it hopes to host the tournament. Fifa requires that the host country has a minimum of 60,000 hotel rooms. Doha has pledged to have 80,000 to 90,000 by 2022. This will require a significant amount of construction work.

“About 40 hotels will open in Qatar in 2010, bringing about 7,500 rooms to the market. This will raise the total to more than 15,000 rooms in the next 12 months,” says Ahmad al-Nuaimi, chairman of Qatar Tourism Authority.

Qatar already has experience of re-using sporting facilities after an event. Earlier this year, it awarded South Korea’s Hyundai Engineering & Construction Company a contract to convert buildings that were used as part of the athlete’s village for the 2006 Doha Asian Games into a hospital.

In addition to stadiums and accommodation, hosting a World Cup requires an expansive infrastructure and transport network. Qatar’s Public Works Authority (Ashghal) is currently undertaking a $20bn road and $3bn rail development programme over the next five years.

Qatar is also investing significant capital into developing the New Doha International Airport (NDIA). The first phase of the $14bn airport is scheduled to open in late 2011. It includes two runways and a 140,000-square-metre airport terminal, with 24 aircraft gates and capacity to handle 12 million passengers a year. The planned second phase will double the airport’s capacity to 24 million passengers.

But before the region gets carried away with mega plans, Qatar’s bid to host the World Cup in 2022 faces several obstacles.

Many are sceptical whether the lightly populated Gulf state is up to the task of completing the infrastructure work required in the next 12 years. A number of major projects currently in the pipeline or under construction have been put on hold or delayed.

Construction work on the $4bn Qatar-Bahrain causeway, which is scheduled to link the west coast of Qatar to the east coast of Bahrain, was due to start in the first quarter of 2010, but has been put on hold indefinitely.

The planned 45-kilometre-long bridge project was cited as an important component of the World Cup bid at the launch of Qatar’s campaign in May.

Those behind Qatar’s bid have brushed aside suggestions that the Gulf state will struggle to successfully implement plans and complete the required projects on time.

“All of the plans that we have discussed with Fifa are already in motion. They are either on route to beginning or completion. None of the plans we have put in the bid book are concepts, they are all plans that have either been signed on, are in progress, or are soon to be in progress,” says Al-Khater.

One obstacle may be more difficult to overcome. During the summer, when the tournament would be played, temperatures can soar above 50C in Qatar, making any outdoor activity virtually impossible.

But the bid committee remains bullish. It says it is not a problem that cannot be resolved.

“With the weather, we have never really seen it as a major issue. Keeping in mind that several previous World Cups have been hosted in environments that have been very similar to Qatar’s,” says Al-Thawadi.

Another problem that may hinder Qatar’s bid is its lack of sporting heritage as it has never qualified for a World Cup before. Doha’s media campaign has used former international stars, such as Argentina’s Gabriel Batistuta and France’s Zinedine Zidane to promote its bid due to its lack of internationally renowned home-grown talent.

It was the intense summer heat and lack of sporting legacy that derailed Qatar’s bid to host the 2016 Olympic Games.

If it cannot convince Fifa that these hurdles can be overcome, then Qatar’s World Cup bid will also end in failure. 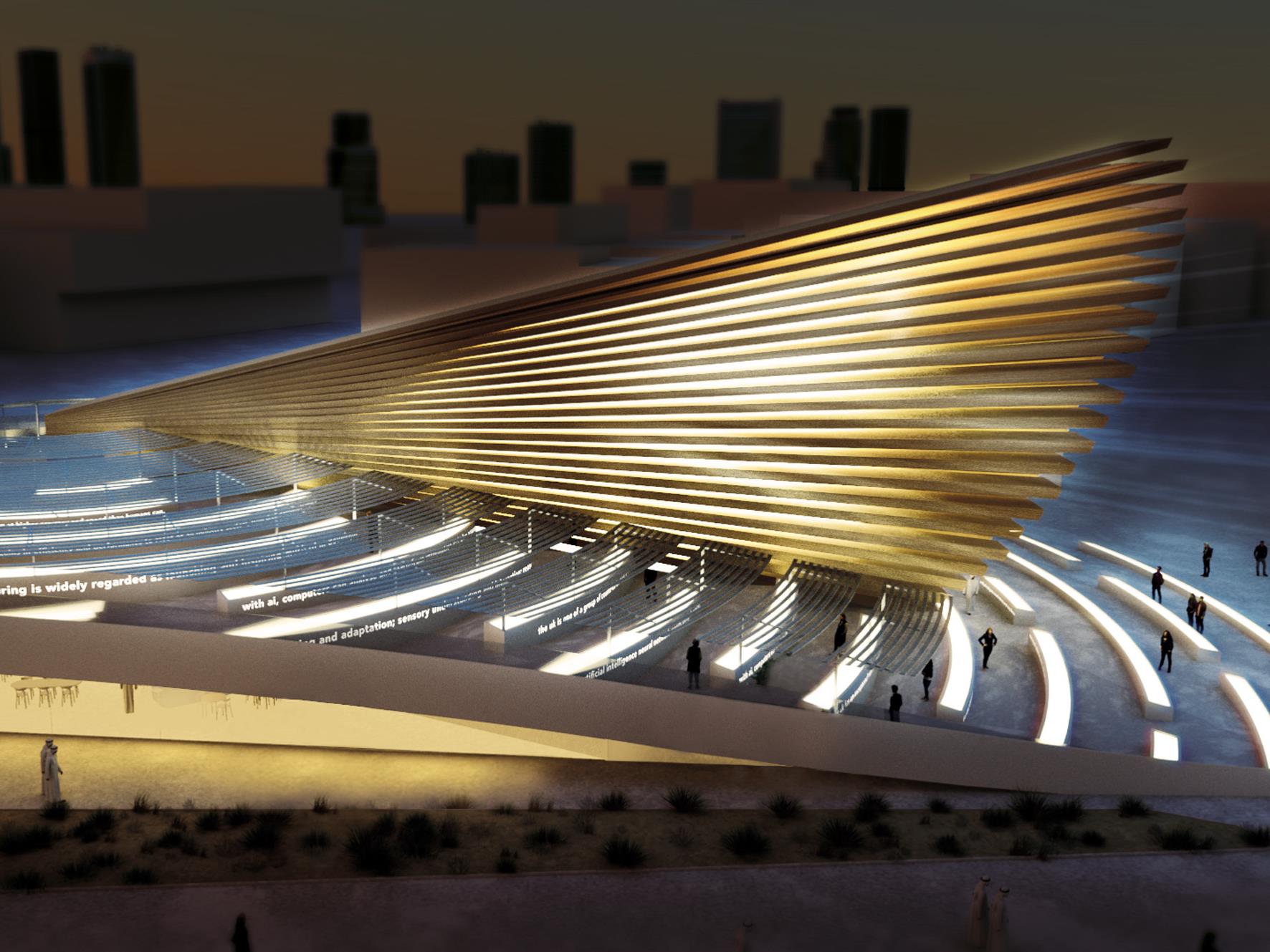 Revisiting the UK pavilion at Expo 2020